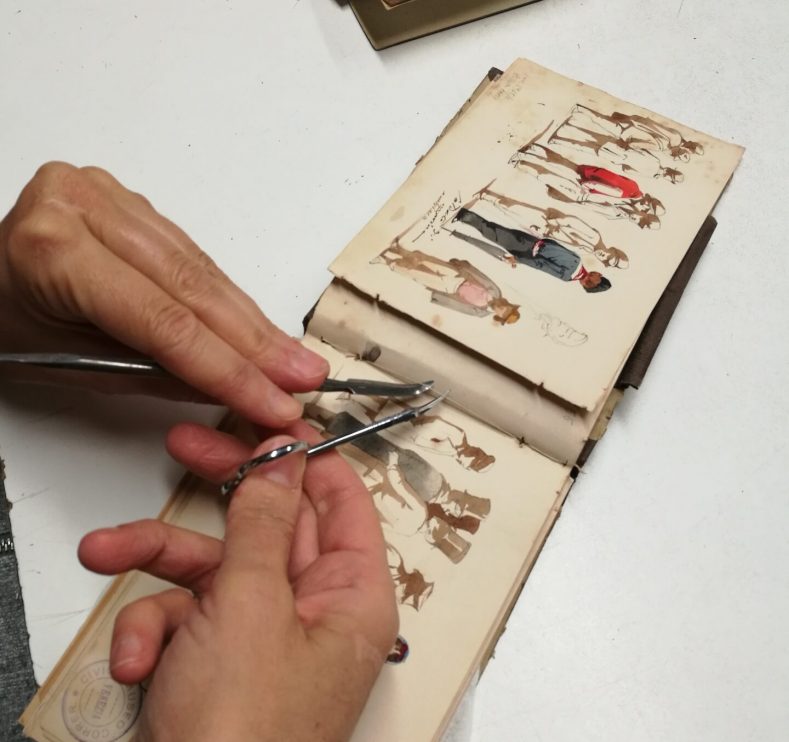 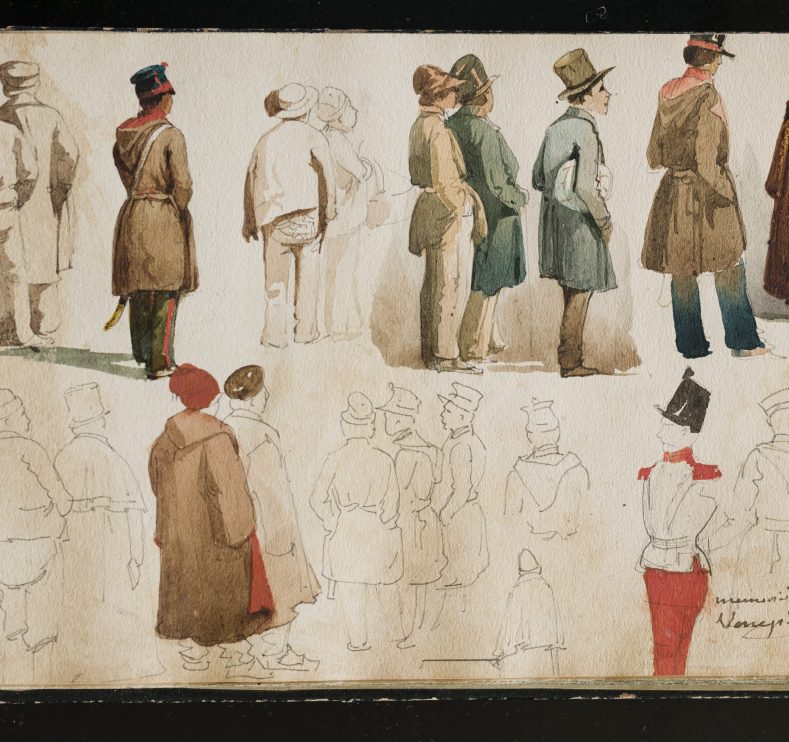 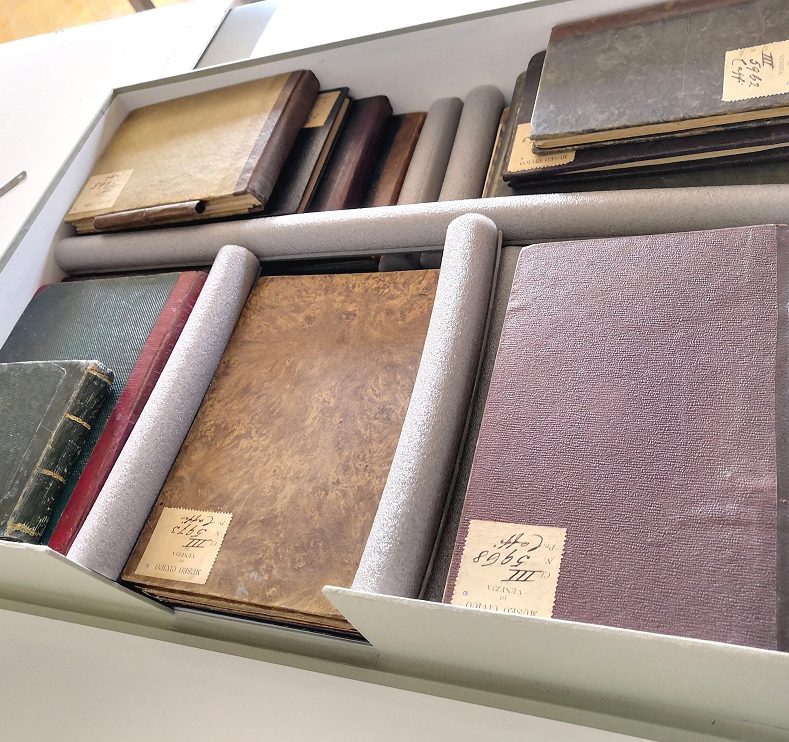 When the political activist and artist Ippolito Caffi drowned at the Battle of Lissa in 1866 he left a large number of paintings and sketchbooks.  These were given to the city of Venice by his widow Virginia Messana in 1889.  The paintings are part of the collections of the Museo d’Arte Moderna at Ca’Pesaro and were the focus of a major exhibition in 2017.

Caffi’s paintings have been  studied but the sketchbooks are less well known.  They fall into two categories, one recording his travels to Rome, Naples, Egypt and Constantinople, the other his imprisonment by the Austrians and the battle for the defence of Venice in 1848-9.  So the sketchbooks are of great significance both for their historical, political and topographical interest as well as for tracing the artist’s development.

They show an enchanting mixture of watercolours, pen and wash drawings and pencil sketches,  mostly of human figures rather than buildings or townscapes, and often accompanied by the artist’s wrily humorous comments. There are also glorious watercolour studies of plants and memories of the exotic characters he met on his Oriental journeys.

Ippolito Caffi is not as well known in the UK as he perhaps deserves to be, but his story and his work are richly expressive of a turbulent period in the history of Venice.