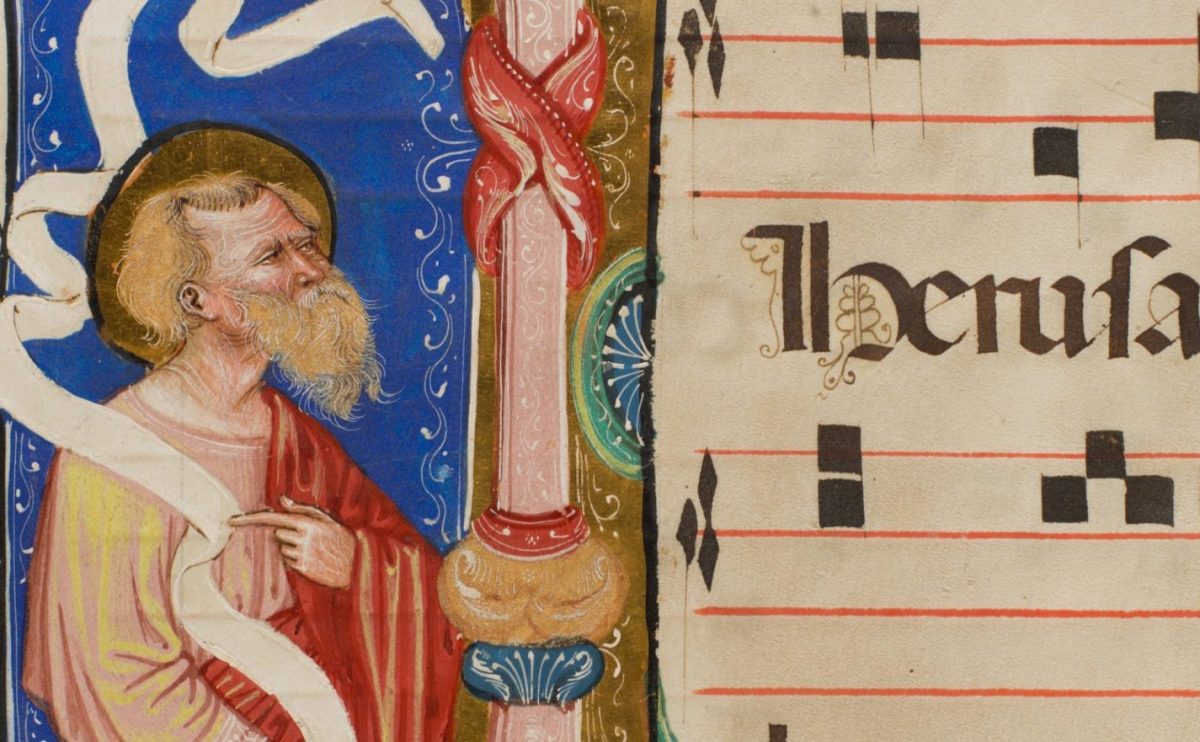 This large choir-book painted by gifted miniaturist Cristoforo Cortese was made for San Salvador in the Merceria.  It remained in the church’s sacristy until 1898, when it was displayed in an exhibition but all trace of the volume was lost by the time of the First World War.

Throughout the 20th century this precious manuscript suffered neglect.  After emerging on the art market in the 1920s, having lost about 50 of its pages, it was recognised and seized by the Soprintendenza and entered the Museo Diocescano. Unfortunately the environment proved unsuitable for the storage of the Antiphonary as the gold leaf began to lift and other pigments decayed.

It was transferred to the Archivio Patriarcale where it was treated by specialist conservator Gaia Petrelli.  The binding of the book presented huge challenges, because it can no longer be opened fully.  The parchments sheets, stitched together and glued into the spine, have been rebound several times, but it was wisely decided to keep the book intact rather than to dismember it into separate sheets.

Large photographic images of the illuminated initials during the restoration reveal the consummate skill of Cristoforo Cortese as well as the expertise of the restorer.  Active in both Bologna and Venice, the artist was not only a superb colourist but also a remarkably able draughtsman.

As well as the subtlety of his modelling of form, the delicacy and refinement of the ornament shows that Cortese knew the work of other illuminators, as far afield as Florence and Burgundy.