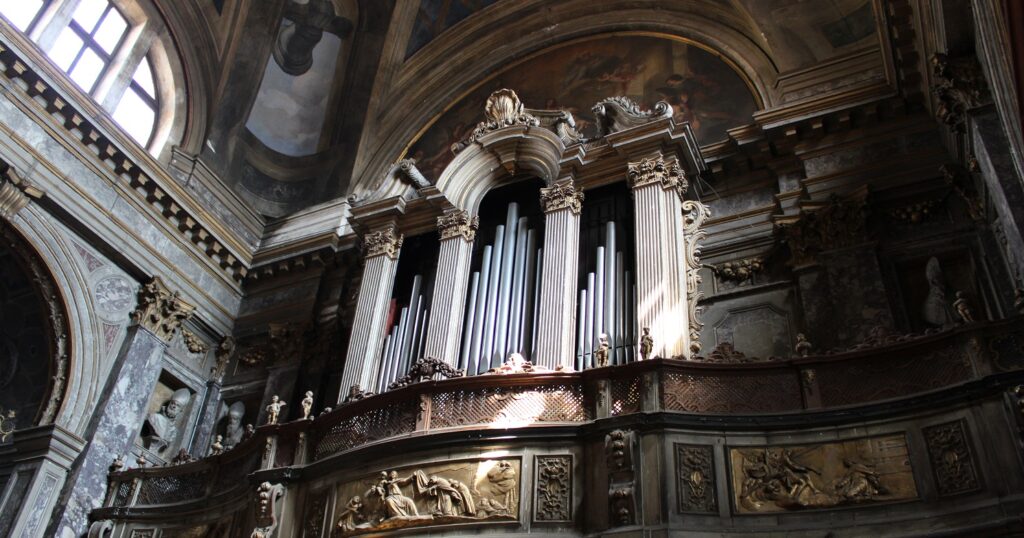 Organs and the music played on them are a key part of the musical heritage of Venice. The names of three Venetian organ builders – Pietro Nacchini, Gaetano Callido and the Bazzani family- recur in churches across the city.

At both the Madonna dell’Orto and San Nicolò dei Mendicoli, Venice in Peril funded the restoration of the organs as part of the global restoration at both churches. At San Nicolò, the baroque organ had a historic instrument designation and at Madonna dell’Orto, the Bazzani organ of 1878, was restored by Pasquale Ferrari in 1996.

Early Venetian organs often had painted panel shutters, revealing diferent images when closed or open. In 1982, the organ shutters with portraits of four saints by Sebastiano del Piombo from the now vanished church of San Bartolomeo near the Rialto, were conserved with a donation from the Fondation Jean-Barthélemy. They are now in the Accademia Gallery.

The Gaetano Callido organ and loft of 1764 at San Zulian were restored as part of a programme of other projects in the church in 1994, following a major grant from Stanley Seeger.

Then in 2003 Martin Randall Travel, which organises music festivals in Venice, funded the restoration of the organ shown here in the church of the Scalzi next to the railway station of Santa Lucia.