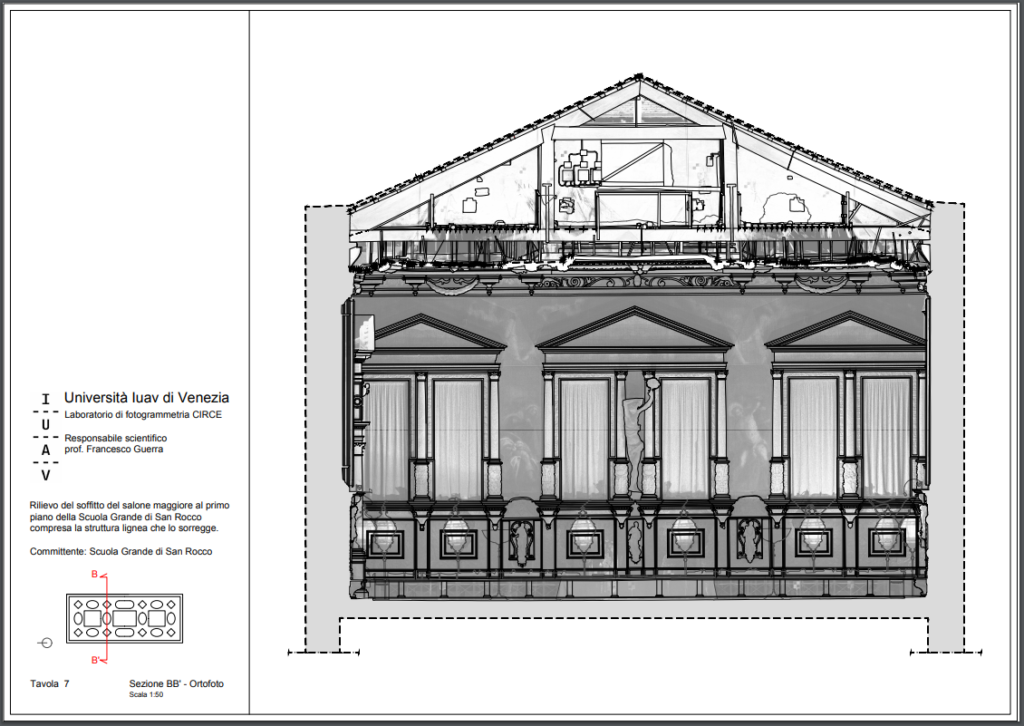 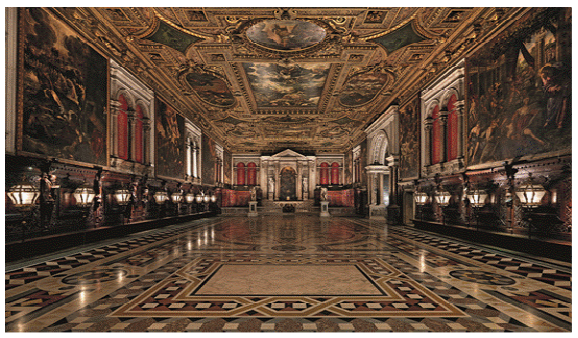 The Scuola Grande di San Rocco is the site of Tintoretto’s most celebrated cycle of paintings – dating to 1577.

The story of how he initially only charged for his materials and then negotiated a modest salary, sheds light on patronage in 16C Venice but also on the role of the confraternity and the significance of San Rocco in Venice, as patron saint of plague sufferers.

Ahead of a major project to conserve the vast ceiling structure with its canvases and framing elements, Venice in Peril joined with the Scuola Grande di San Rocco to fund the technical surveys and condition reports that will inform the main project.

The CIRCE laboratory which is a department of IUAV, Venice’s University of Architecture, integrated photogrammetric images and laser scans to produce section images where every batten in the roof space that anchors the great ceiling can be located with minute precision.

Meanwhile Ca’ Foscari University undertook condition reports of the paint, canvases and frames which revealed the use of similar working methods and materials (such as the one square metre canvases, sewn together) as those used for Tintoretto’s huge canvases in the church of Madonna dell’Orto.