This year’s exclusive Venice in Peril Christmas card is a photograph, by Matteo de Fina, featuring one of the angels placed around the Trinity Cloister Wellhead once part of the Frari Convent. By buying these cards you will be supporting our 50th Anniversary Appeal for £100,000 to restore the statuary and paving in the cloister. 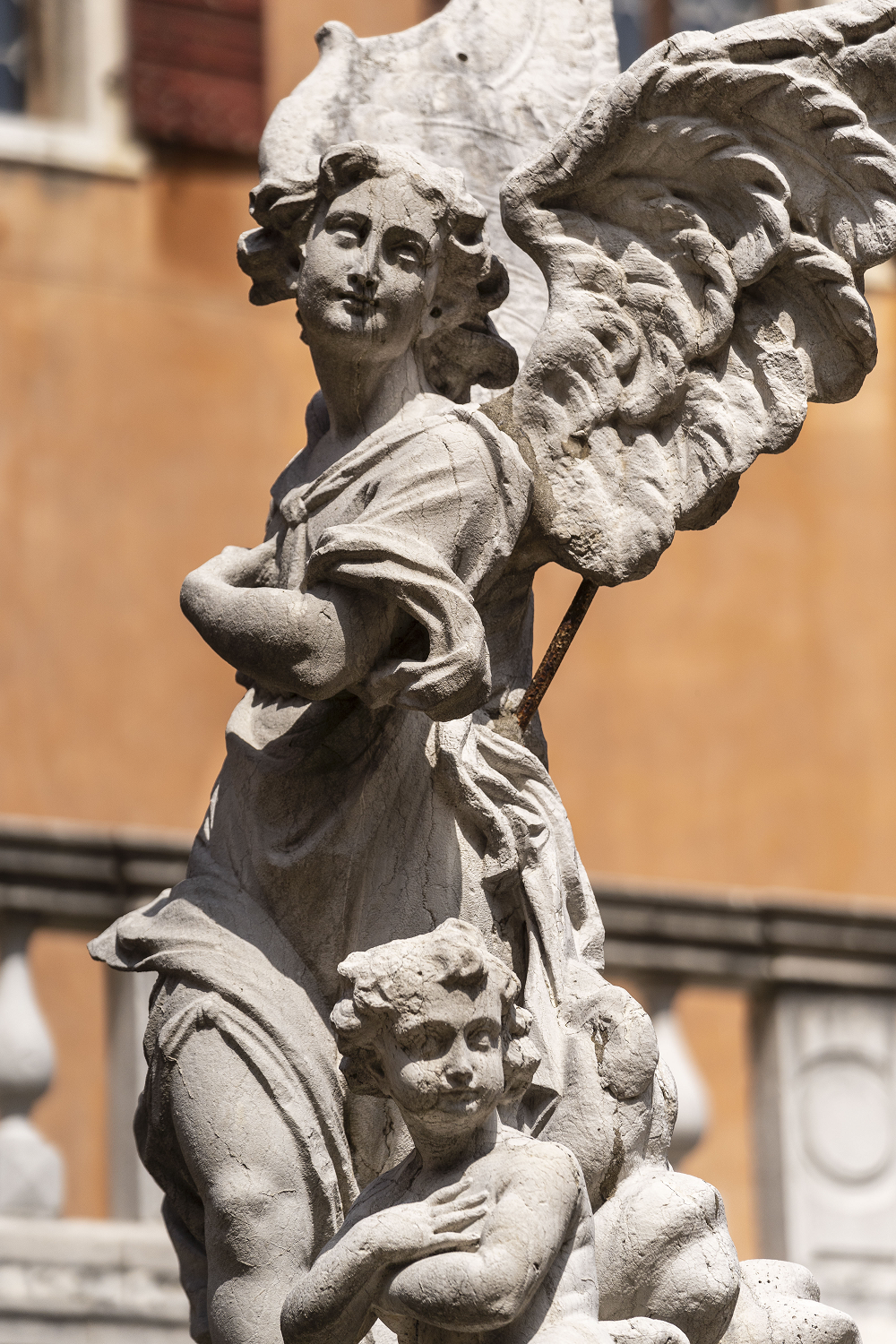 This year’s exclusive Venice in Peril Christmas card features an Angel, one of four statues placed around the Trinity Cloister Wellhead.

The Angel and the Wellhead with its imposing arch and statuary are by Francesco Penso, known as Cabianca (1665-1737). To mark the 50th Anniversary of Venice in Peril an appeal for £100,000 has been launched to restore them. It is the first wellhead adopted by Venice in Peril and the paving – which is an important part of the water-gathering design – will also be restored.  You can read more about the project here

These cards are exclusive to Venice in Peril. There is a smaller image of the Trinity wellhead on the back. They measure 5x7in and are sold in packs of 10 for £14 per pack, which includes p&p within the UK. For large quantities and for overseas postal rates please contact the office.