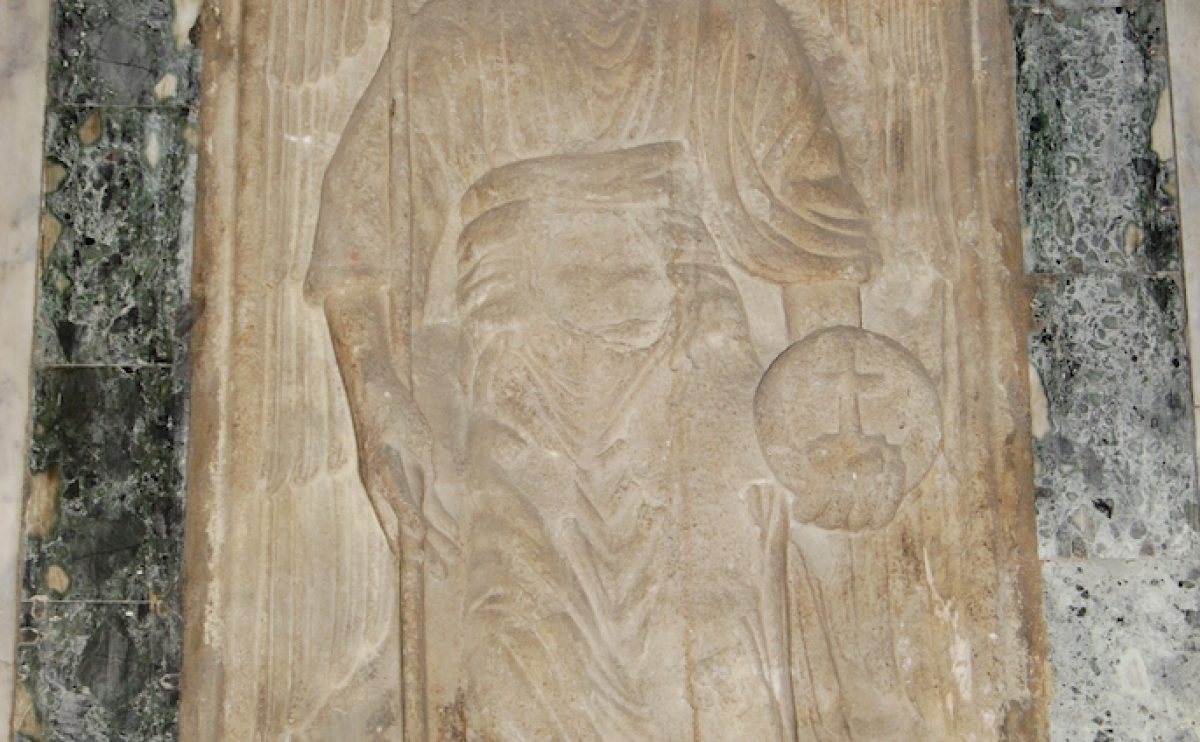 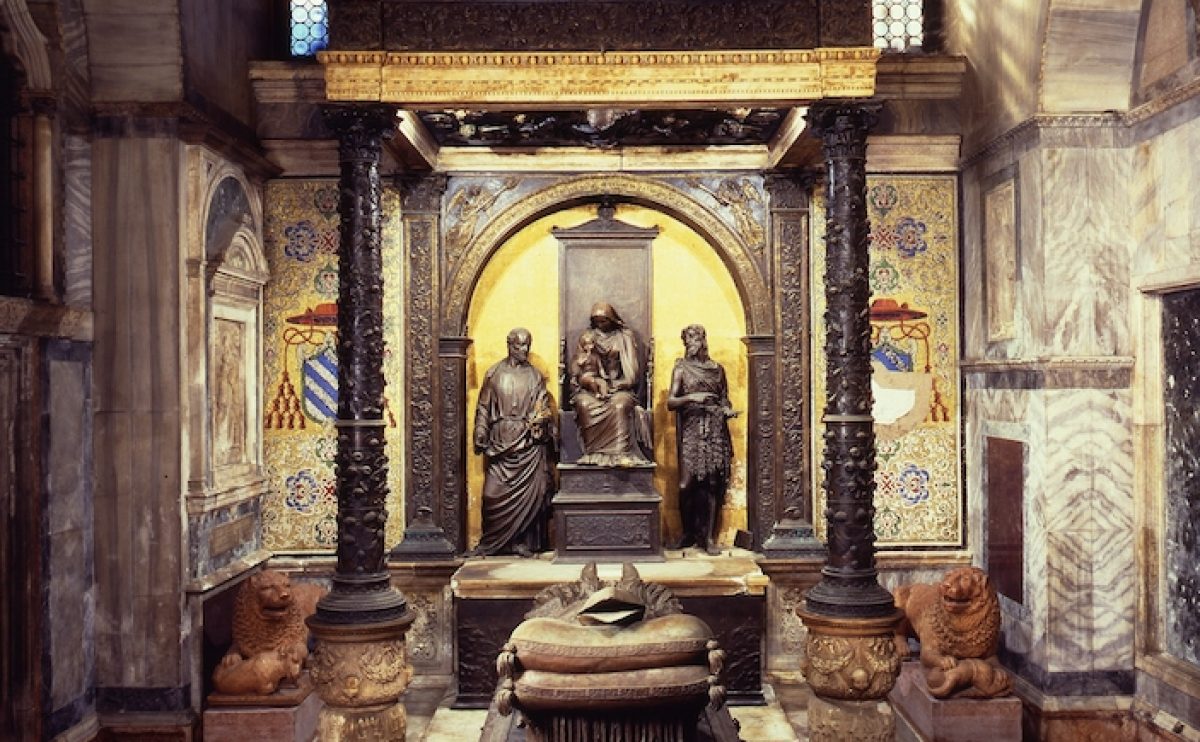 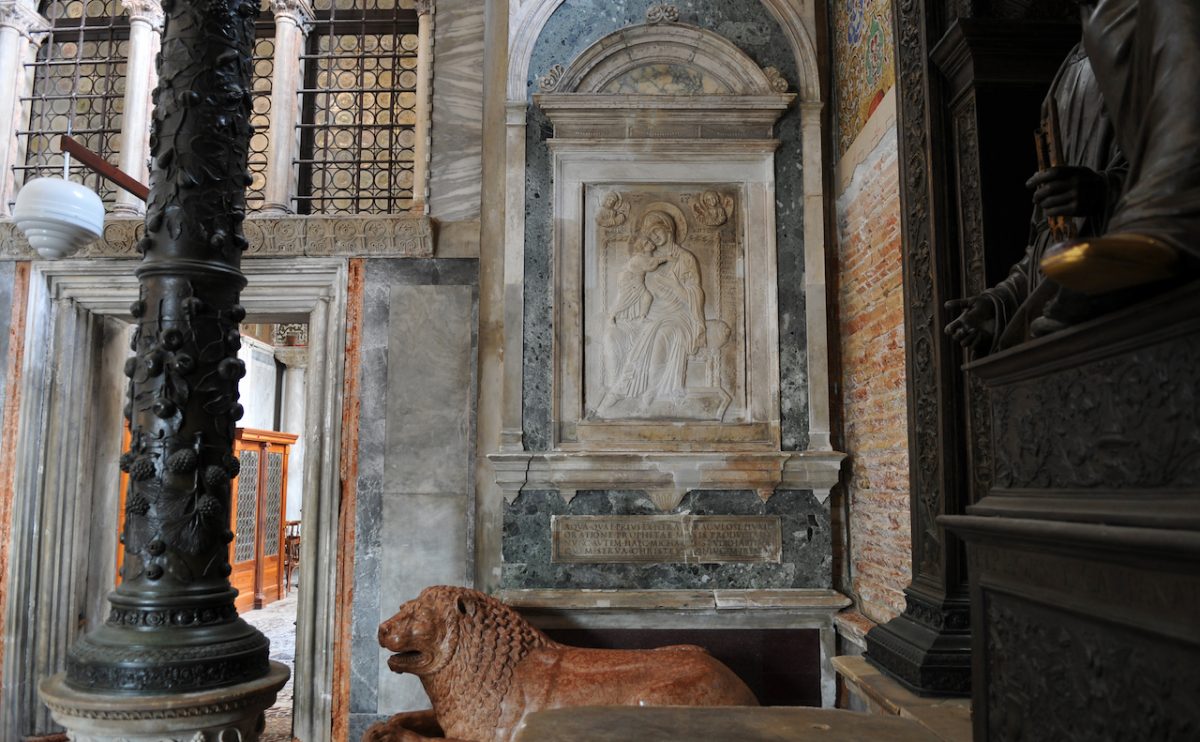 Cardinal Giovanni Battista Zen died in 1501 leaving a great deal of money to the Venetian Republic, with the stipulation that his tomb with a bronze effigy of himself should be placed in the Basilica itself. The proposal was met with implacable opposition as there was no tradition of burials – not even of Doges – inside San Marco. Eventually a compromise was found whereby a funerary chapel was accommodated just outside the Basilica proper in the Narthex – the covered entrance gallery that runs the width of the Basilica.

This project involved cleaning and consolidation of three reliefs.  They include one showing the Archangel which is Byzantine and another with scenes in two registers showing a Nativity and the Flight into Egypt, details of which are illustrated here. It is not known for certain whether the latter is Western in origin or Byzantine

The third relief is a Byzantine 12th-century Madonna and Child which had to be removed from its Renaissance altar frame for cleaning and desalination before being put back over a new lead lining to prevent further transmission of salt-laden moisture from the wall behind.

Like the Archangel it was brought to Venice following the siege and capture of Constantinople during the Fourth Crusade in 1204. A French pilgrim Jean de Tournai, visiting the Basilica in 1487, wrote “Under the portal of this Church there is an image of Nôtre Dame, which is made and sculpted from the stone which Moses struck with his rod in the desert, from which water issued miraculously”.

The holy water stoup is late Renaissance in date and decorated with angel heads and garlands.