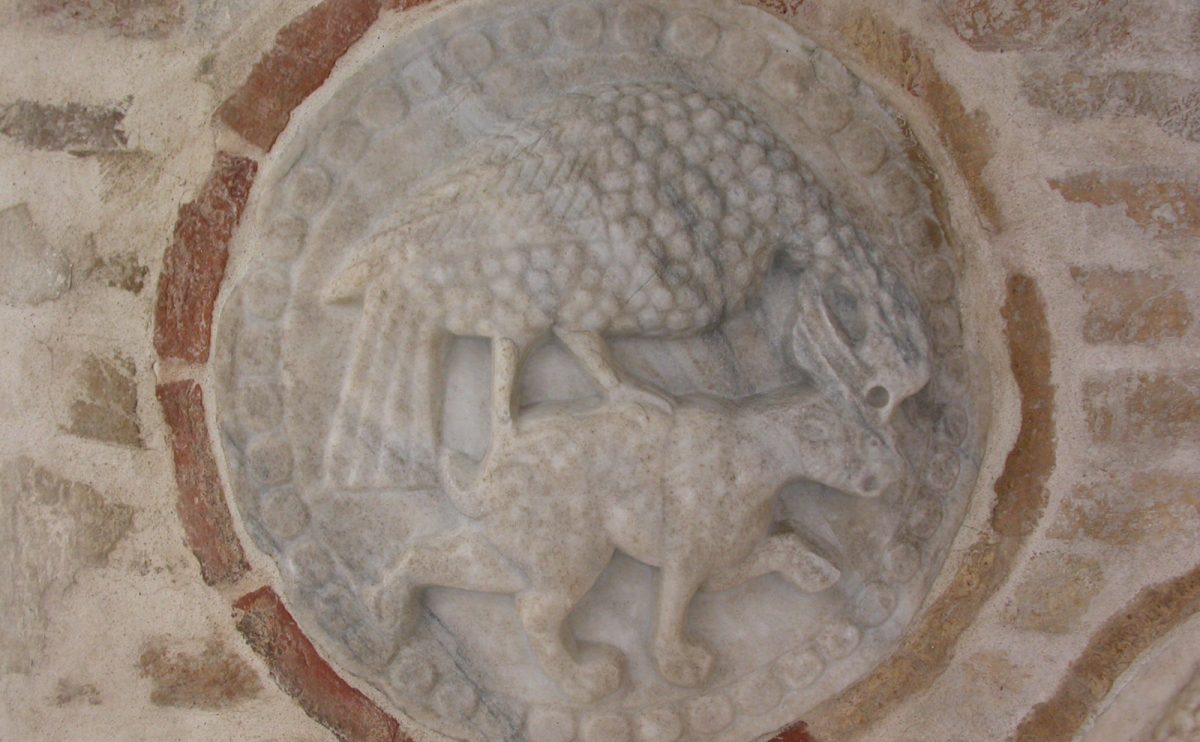 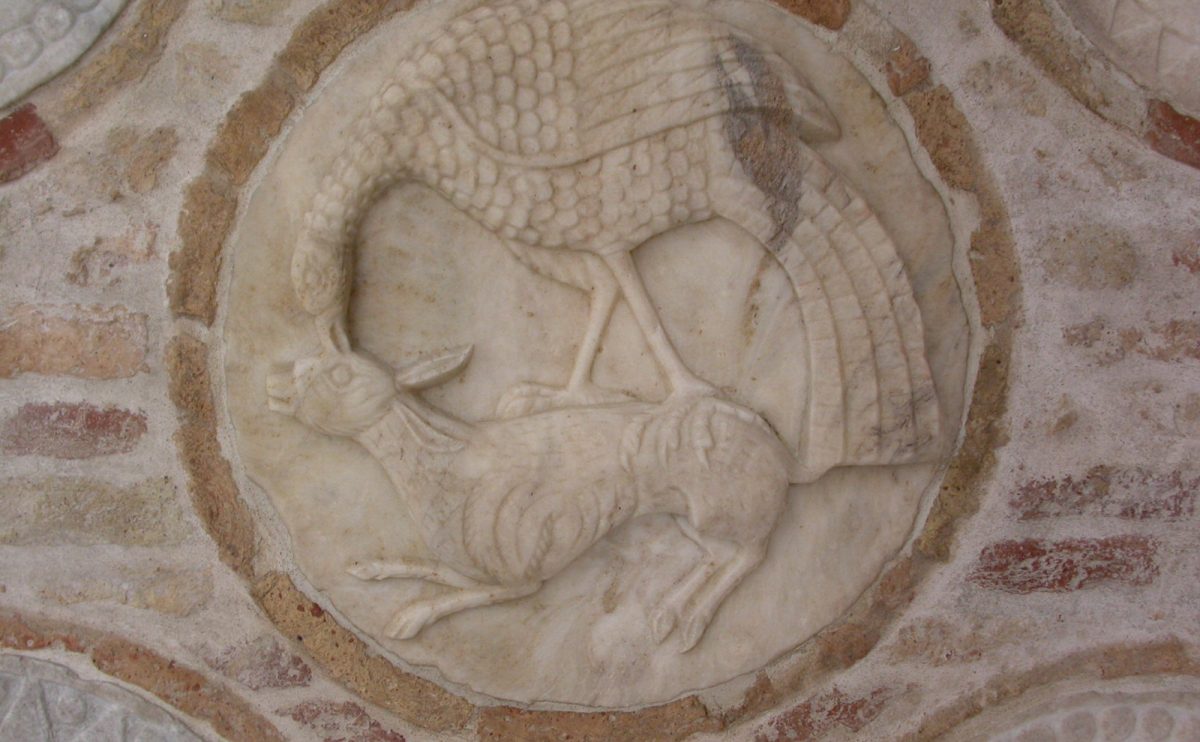 Following a Byzantine model, this porch and doorway with reliefs, known as a  ‘Protiro’, was in a poor state when the Fondation Jean Barthelemy offered to fund its conservation.

The project included renewal of the canopy roof, lead flashings, work to the brick vaulting and cleaning of the 12th century Byzantine sculptural reliefs – known as paterae. They show, in the gable of the portico, two peacocks drinking from the Fountain of Life and on the sides, roundels containing predatory animals and birds. The relief of the Madonna and Child above the doorway into the 14th century church, was also cleaned as part of the project.