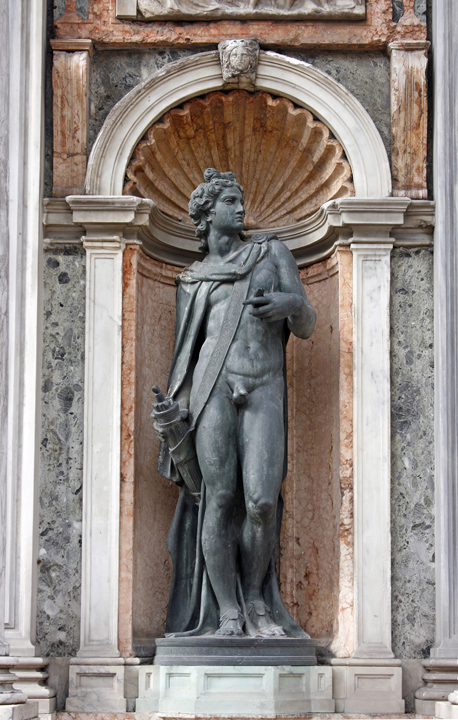 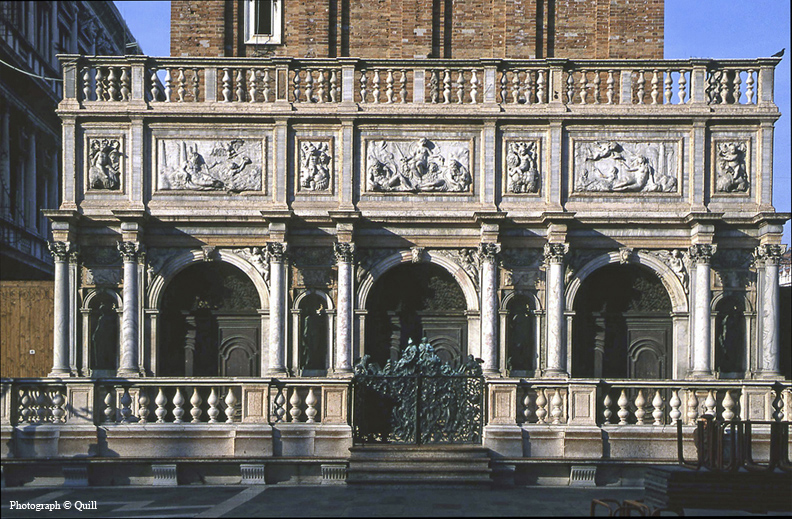 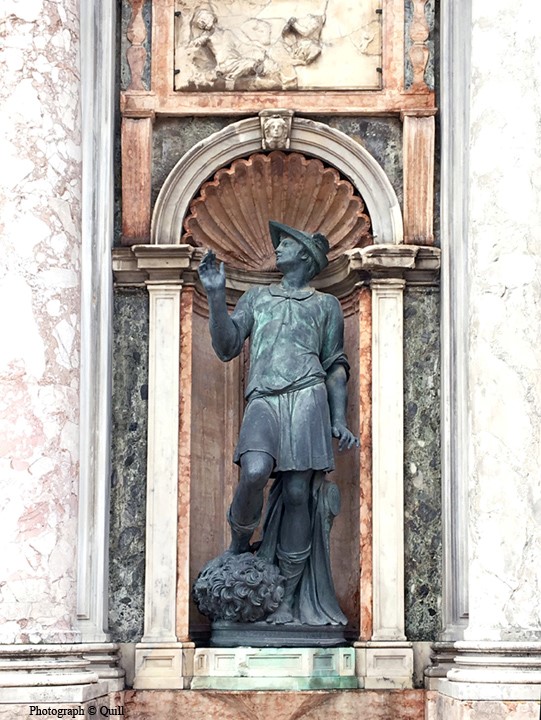 The Loggetta was intended as a meeting place for the nobles before they went        into the Maggior Consiglio.  It was built by Jacopo Sansovino in 1537 at the same time as he was working on his best known and splendid work, the Libreria or Biblioteca Marciana, next door.

This was the first major restoration project to be completed after the IAARF (the Italian Art and Archives Rescue Fund set up in response to the floods in Florence and Venice in 1966) was reconstituted as the Venice in Peril Fund.

The Loggetta was adopted because stone conservation, had become a particular focus of the Fund’s work and no significant attention had been given to the Loggetta since it was painstakingly reassembled after the collapse of the Campanile in 1902.

The richly detailed facade features relief panels and bronze statues set in multicoloured marbles. The sculptures and carvings had suffered badly from the effects of industrial pollution and damage caused by the  pigeons.

Under the auspices of Sir John Pope-Hennessy, then director of the Victoria & Albert Museum, pioneering work was carried out, using materials, equipment, and specialised machines funded by Venice in Peril. The roof was also repaired.

In 1996 Venice in Peril funded a survey to monitor the durability of the 20-year old restoration and provide a scientific basis for future maintenance work.