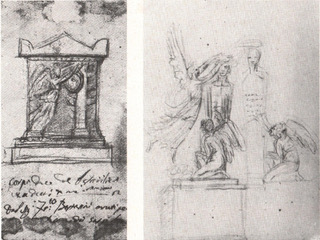 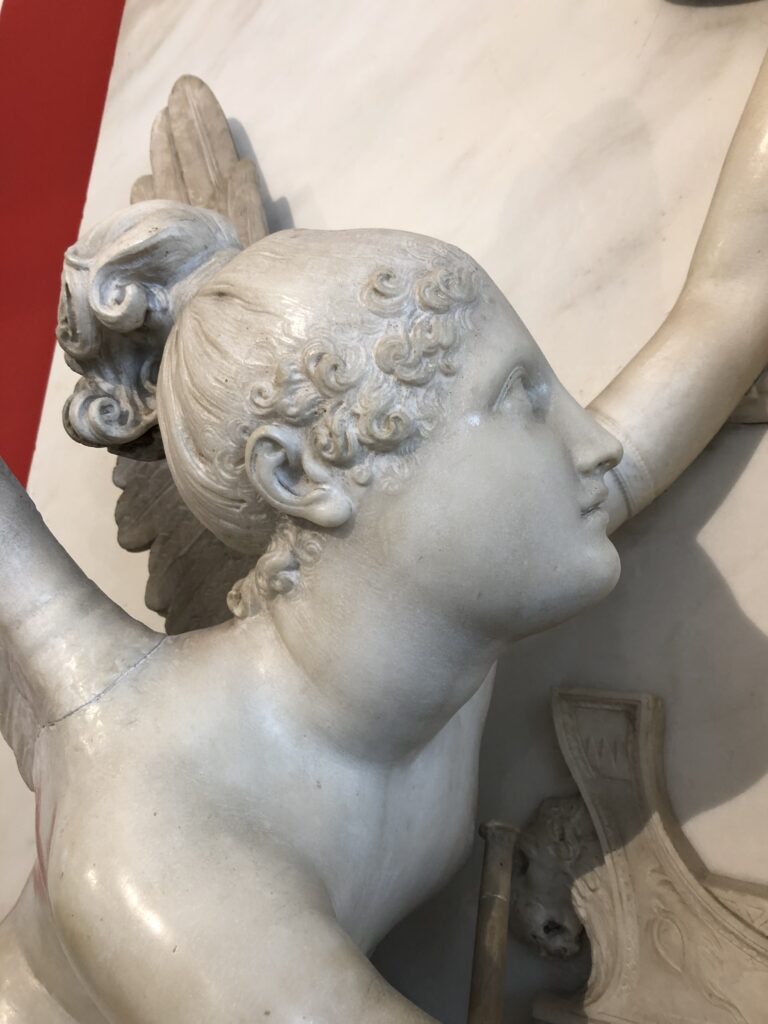 In 1792, the Serenissima commissioned Antonio Canova to create a monument celebrating the military genius of the Republic, as represented by its last admiral Angelo Emo. It is a personification of fame writing the word  ‘immortality’.

Originally intended for the Sala delle Quattro Porte in the Doge’s Palace, it was eventually erected  in 1795 in the Arsenale, but is now on display on the ground floor of the adjacent Naval History Museum in Venice. Admiral Angelo Emo’s ‘Stele’ was the first commission given by  the Republic to Antonio Canova and he threw himself into the task producing many drawings, plaster models and compositional studies. It is interesting that at the same time as working on this memorial to the last hero of the Republic, who died in 1792, he was also working on another project of symbolic and political significance, his Monument to Titian for the Frari church, both projects expressive of the myth of the Serenissima. The Monument to Titian which was never realised was later adapted as the monument to Canova himself and is currently a Venice in Peril project. For the Emo monument Canova chose to use the model of a funerary tombstone, derived from the model of the Greco-Roman stele, which  he later reworked for thirteen other commissions.

Today the monument is in need of conservation. It has suffered surface damage and staining caused by the oxidation of the metal dowels inside. Dirty deposits arising from the application of various wax-based protective agents, have altered the polished surface treatment, reducing the impact and enjoyment of its sculptural quality and modelling.

A project of conservative maintenance, funded by Venice in Peril, will now be undertaken by student restoration technicians from the Istituto Veneto per i Beni Culturali in Venice to restore the appearance of the stele.

The IVBC has had a long association with Venice in Peril since it was founded in 1995 by the Architect Renzo Ravagnan. Frances Clarke was involved from the outset as a signatory and then as its President and Honorary President.