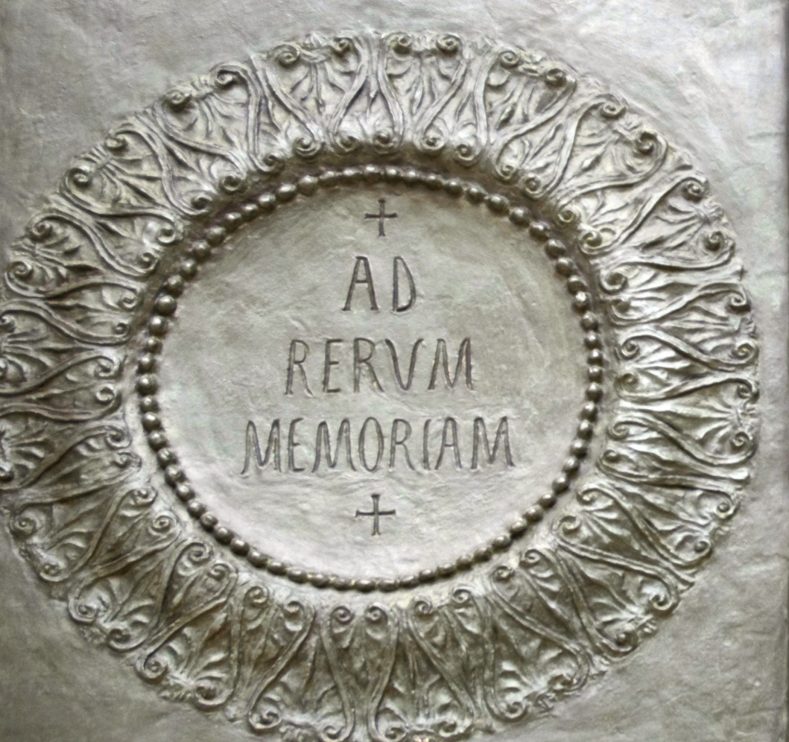 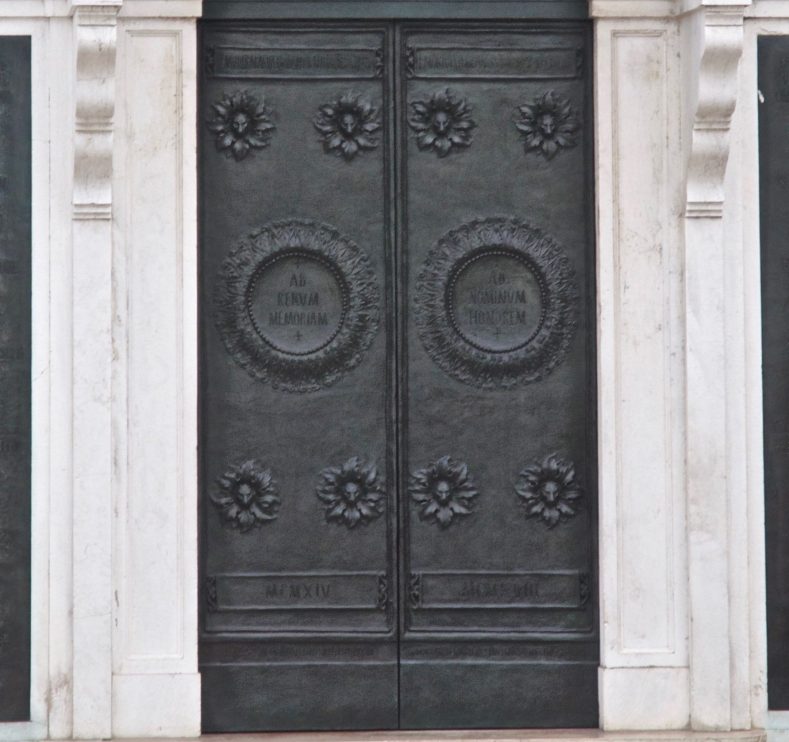 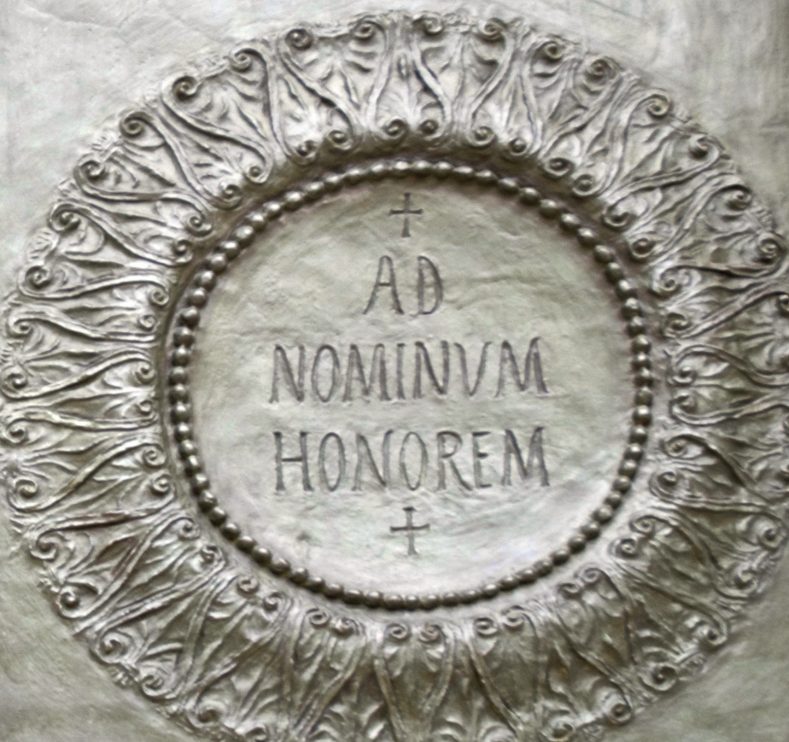 The doors were cast from two cannons provided by the War Council in London, one dating from the Crimean War and a larger gun dated 1795.  They were sent from England and melted down for casting in the Arsenale, in collaboration with the Italian Navy.

Advised by the architect Luigi Marangoni the memorial committee chose a design of Byzantine  inspiration by the sculptor and designer, Napoleone Martinuzzi (189s-1977).

The project was completed in 1926, funded after an appeal chaired by Sir Ronald Graham, the British Ambassador in Rome, with support from the Army and Navy and ecclesiastical and diplomatic representatives as well as British residents in Venice.

The left door bears the inscription ‘Ad Rerum Memoriam’ MCMXIV and the right: ‘Ad Nominum Honorum’ MCMXVIII. On either side of the doors two bronze panels are inscribed with the names of the cemeteries on the Asiago plateau where British soldiers died mostly in the closing months of war in the summer and autumn of 1918. To the left are Boscon, Barenthal, Magnaboschi, Cavalletto, Granezza and to the right are Graduscam, Giavera, Tezze, Montecchio, Precalcino, Dueville.

In the lunette above is a figure with staff and orb and and above that is a relief of St George and the Dragon, dated 1926.

A Liber Honoris – Roll of Honour is kept in the church.