Stone relief showing Christ with Angels, exterior side wall, church of the Gesuati 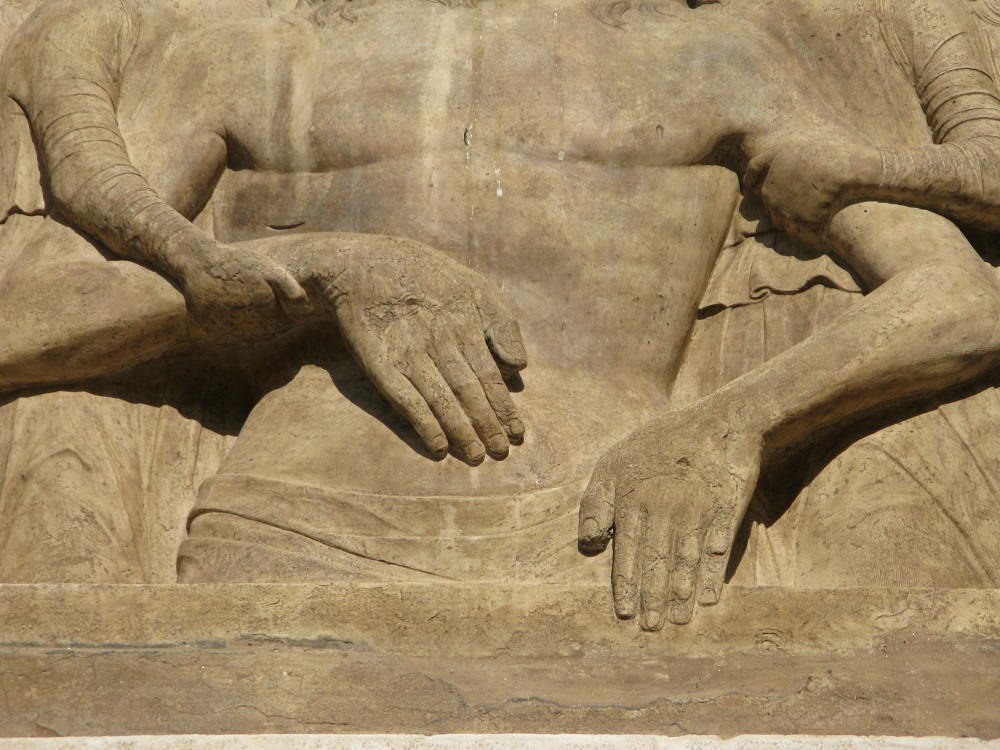 This fine stone relief of the dead Christ supported by two Angels is set into the side wall of the church of the Gesuati, facing on to campo S. Agnese, above the vault of the cavana (or covered mooring) which extended under the Church before the Rio S. Agnese was filled in.

It is possible that the relief came from the small former church of the Gesuati which was suppressed in 1663 and replaced by the Dominican church of Santa Maria del Rosario in 1724, designed by Massari. The relief did not appear to be damaged but its surface was blackened and polluted, needing cleaning and consolidation.

The project was undertaken in memory of Carla Thorneycroft, a founder member of the IAARF following the floods in Florence and Venice in 1966 and a prime mover in the early years of its successor charity, Venice in Peril Fund. She was an active fundraiser, President and stylish figurehead as well as being  vice-president, for over 50 years, of the British-Italian Society. Her grandfather had been Director of the Venice State Archive.