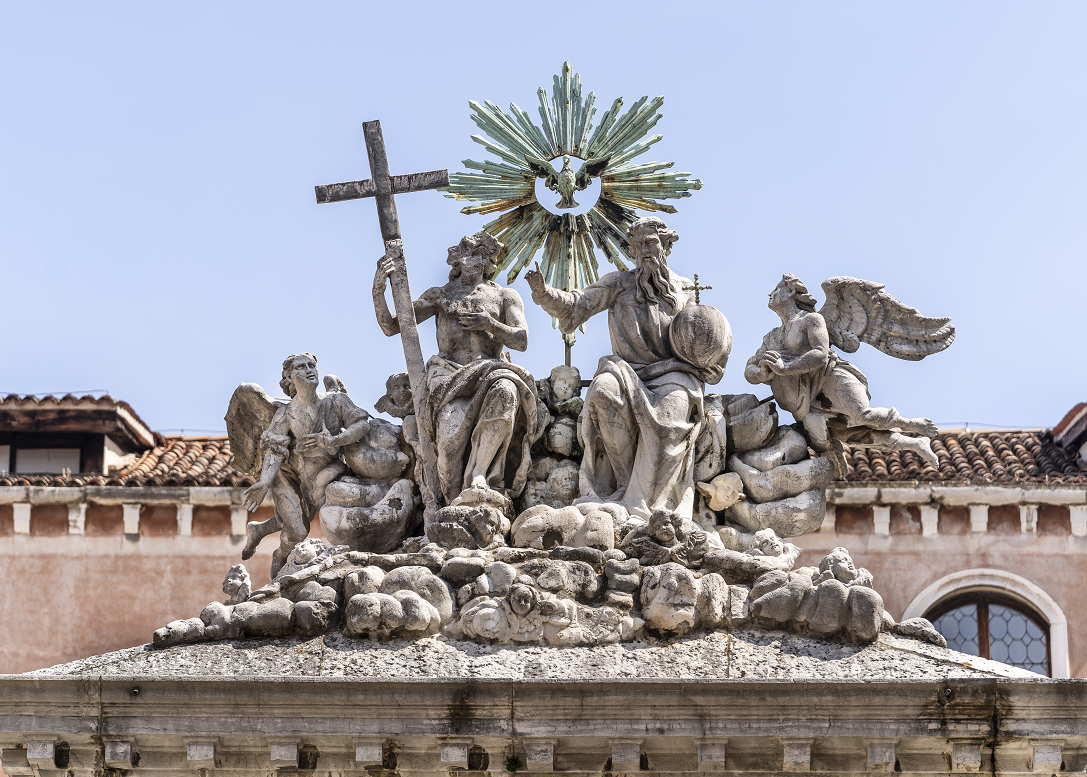 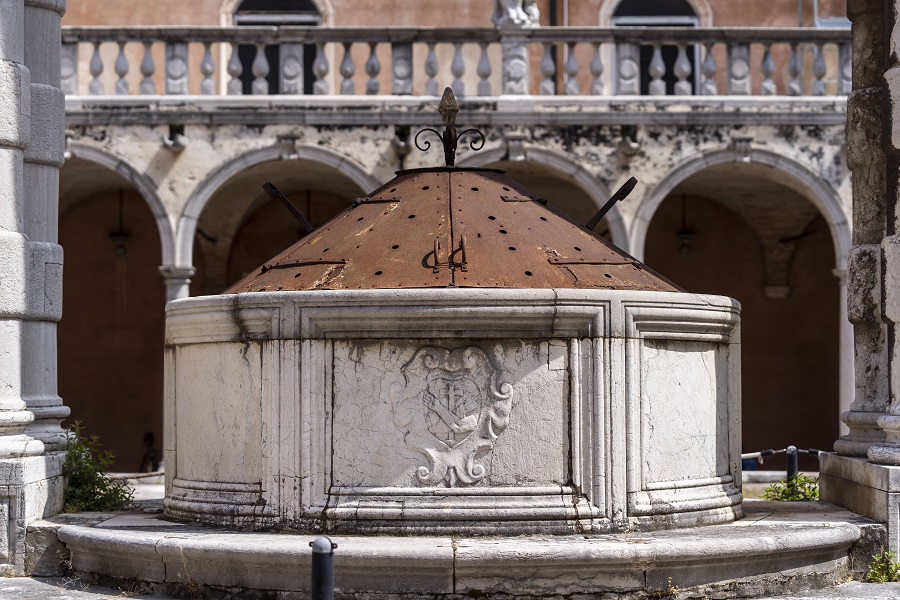 The early 18th century Trinity wellhead has been chosen as Venice in Peril’s 50th anniversary project. It stands in the great cloister of the Archivio di Stato, formerly the Franciscan convent of the Frari church.

The first wellhead to be adopted by Venice in Peril it provides an opportunity to learn about the work of Francesco Penso, know as Cabianca (1665-1737) who sculpted the Trinity group set among billowing clouds and angels and mounted on an imposing arch above the well.

What do we know of Cabianca?  From the evidence of the sculpture of the wellhead he was an exceptionally gifted craftsman, a late Baroque master whose feeling for drama is matched by arresting compositional fluency.  In Venice he created statues for the facade of the Gesuiti church and for San Simone Piccolo, as well as the wonderfully truculent image of war goddess Bellona on the grand gateway to the Arsenale.

Venice’s Archivio di Stato is one of the most historically significant in Europe and there are plans to open up more of the site to the public, making the choice of this wellhead with its arch and flanking statues an appropriate 50th anniversary project.