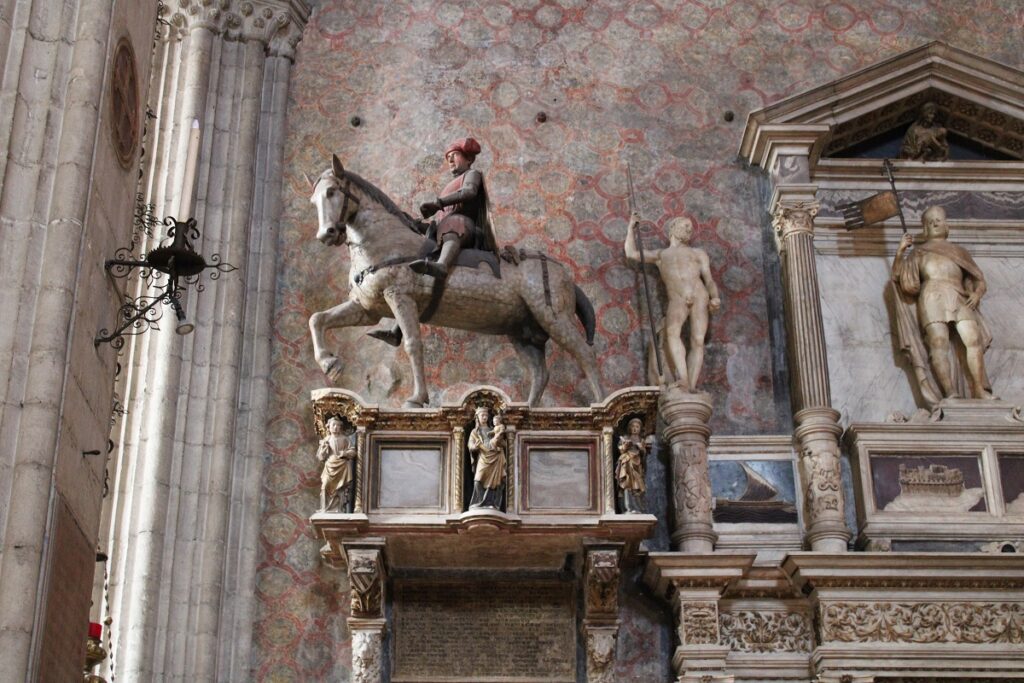 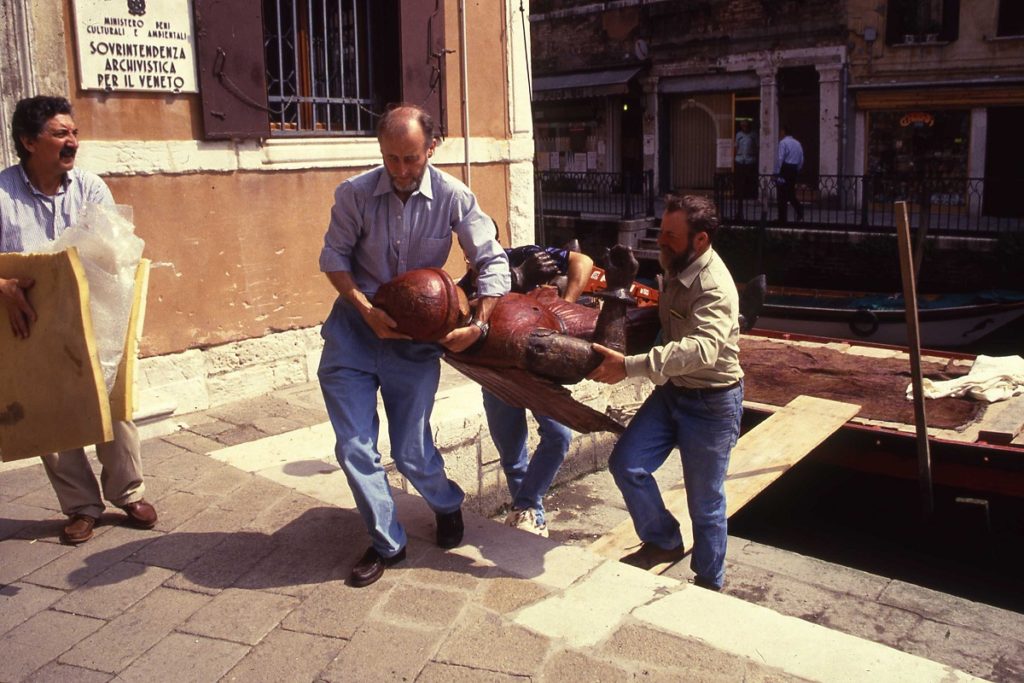 This wooden monument of Paolo Savelli is the earliest free-standing equestrian sculpture in Venice.  It is placed on top of his sarcophagus high on the wall of the south transept of the Frari church.

Paolo Savelli was a mercenary in the service of the Venetian Republic who contributed to the cost of building the Frari church, which was unfinished at the time of his death in 1405. The commemoration of mercenary military commanders (condottieri) with equestrian statues on the model of Marcus Aurelius in Rome, became popular in Northern Italy towards the end of the Middle Ages, one of the most famous examples being Verrocchio’s Colleoni monument outside the church of San Giovanni e Paolo.

The sculpture has a new naturalism which is seen in his face and the anatomy of the horse, but it retains the ‘classicised Gothic’ of  the pre-Renaissance era.

Conservation involved strengthening the woodwork and removing, with the patient use of scalpels, five successive overpaintings down to the second early repainting as the original layer had almost disappeared.  This revealed the celebrative red of Savelli’s mantel and the dappled grey of the horse.