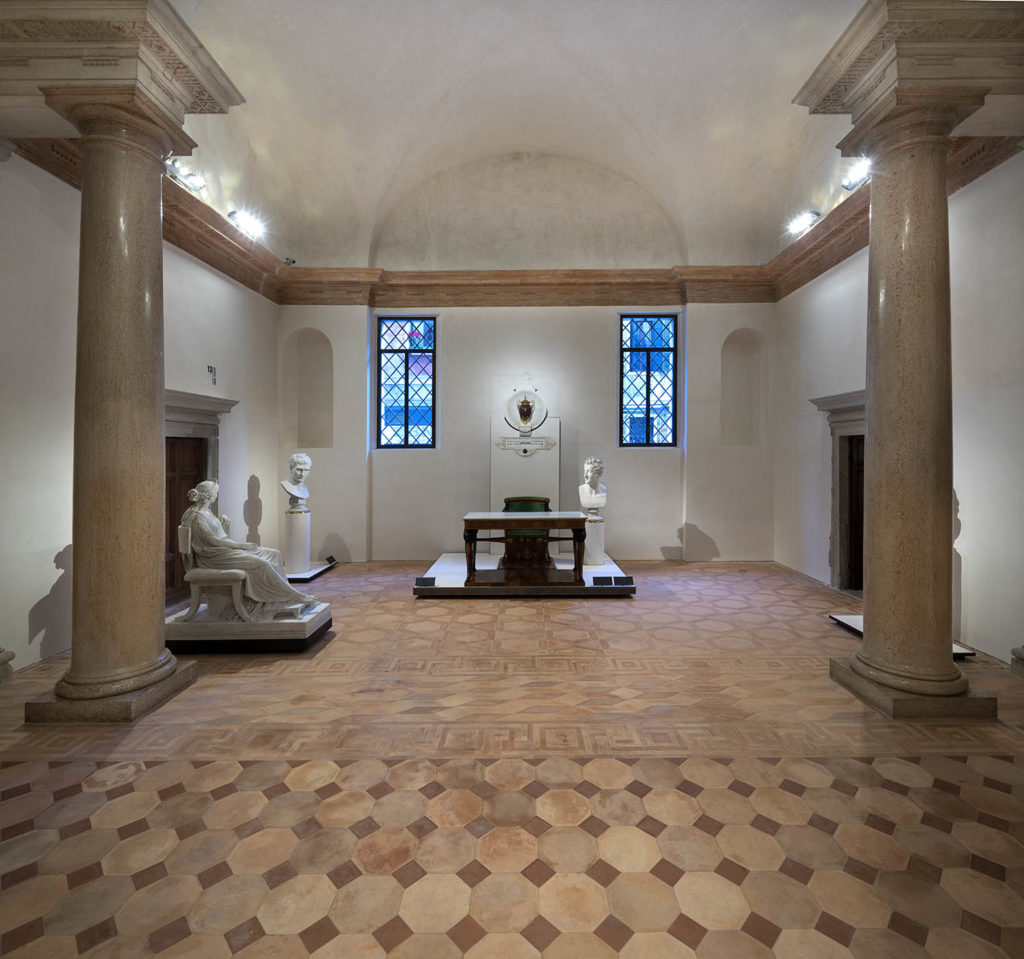 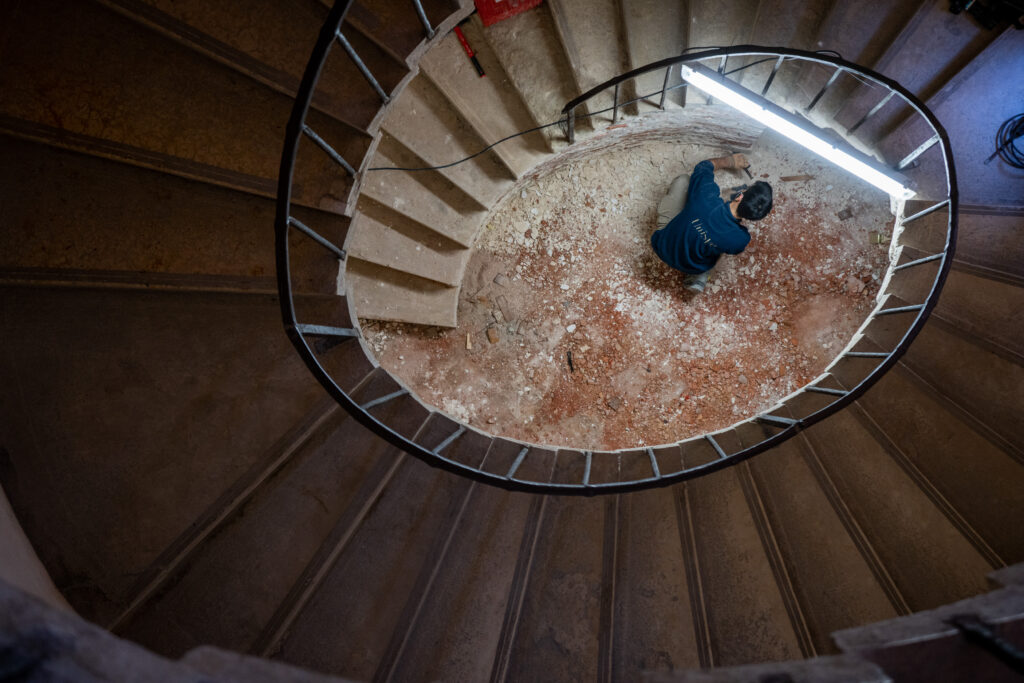 Among the many buildings that were flooded in the weeks of extreme Acque Alte in November and December 2019 was Palladio’s Roman-inspired Tablino in the Accademia Galleries – built as part of the convent of the Lateran Canons in 1562.

Here the casts of some of Canova’s most famous works are displayed, together with Giuseppe Borsato’s Venetian ‘Empire’ furniture conserved by Venice in Peril in 2015.

Floodwater reached almost to the top of the platform bases of the casts and furniture but did not touch the objects themselves. The Accademia’s underground tanks or vasche that capture floodwater were installed in 1984 and are designed to stop water coming up through the floor, but in November the water found its way in.

Diagnosing the points of entry of the water was very challenging and shows how complex both the problems and solutions are. The marmorino (traditional Venetian stucco) walls of the Tablino were damaged as was the patterned terracotta floor, by the salty water. This has caused the break up of surfaces and left extensive staining.

With the MOSE barriers now in operation flooding should not reoccur, but as there is still a risk, a pump is being installed in the floor below Palladio’s spectacular oval spiral staircase next door. The blocked door to this space has been opened and the badly damaged terracotta floor tiles removed. In the course of work, archaeologists  discovered parts of Palladio’s original cistern below ground. Off to one side a pump has been installed and the floor re-covered with tiles. Visitors will now be able to enjoy a view from the Tablino up into the staircase..