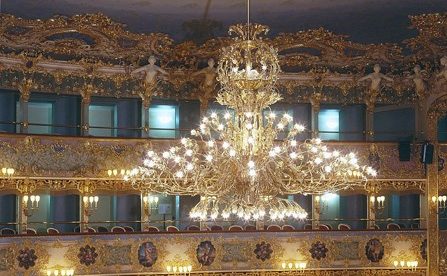 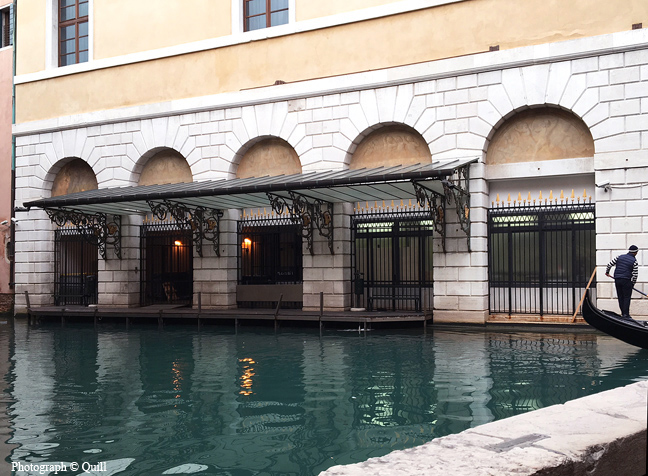 After the fire that nearly destroyed La Fenice, Venice in Peril launched a special appeal on 31 January 1996.  The money raised paid for an exact reproduction of the massive gilt-bronze 12-branch chandelier with 166 lights and decorative porcelain flower ornament.  It had hung in the main auditorium which was almost completely destroyed. The original was made in Liverpool to designs by Giovanni Battista Meduna, architect for the reconstruction of the theatre after a previous fire in 1836 and it had been made in Liverpool. La Fenice’s archives were housed at the Fondazione Levi so full documentation and original drawings dating back to 1792 made it possible to commission an copy which was made by a specialist lighting firm in Piombo Dese in the Veneto.

Remaining funds from the appeal meant that it was possible also to conserve Sebastiano Santi’s 1837 monochrome frescoes in the lunettes above the water entrance at the rear of the opera house as well as a stone carving of a phoenix set into the wall of the opera house. Heat from the fire had caused the detachment of the fresco plaster from the supporting brickwork.

In 2007 a legacy from Dorothy Hare of £20,000 enabled the acquisition of a baroque harpsichord and timpani for La Fenice.