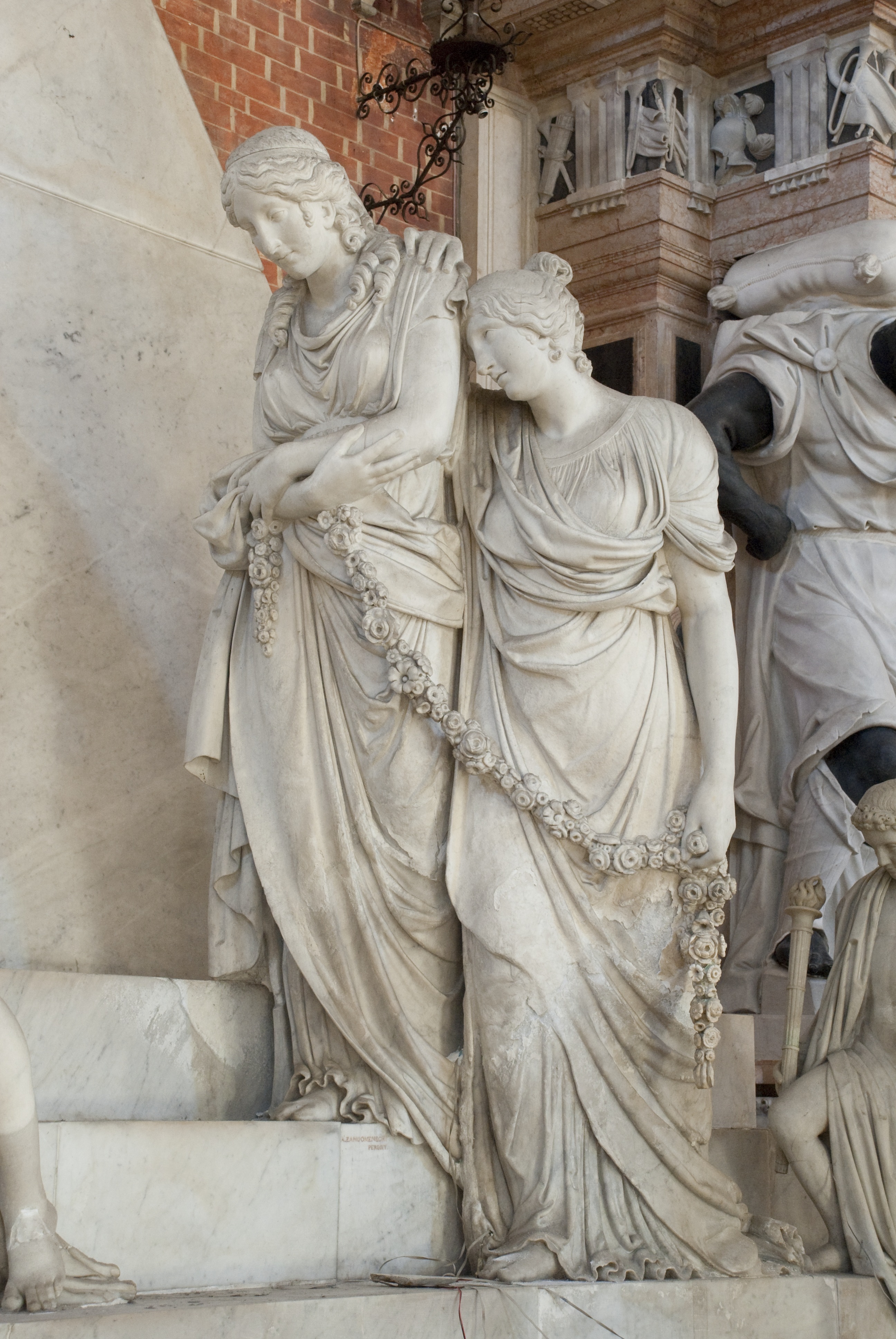 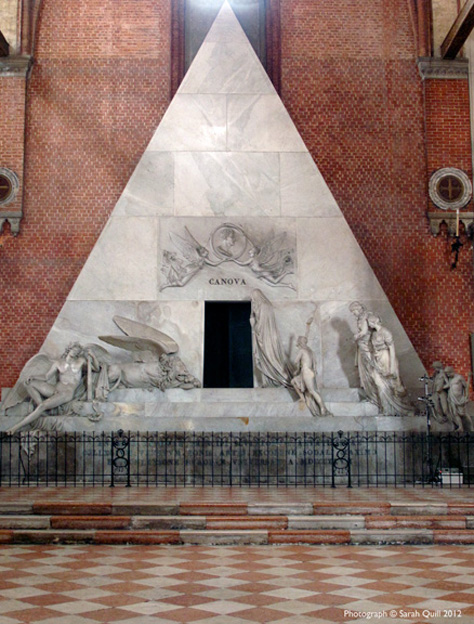 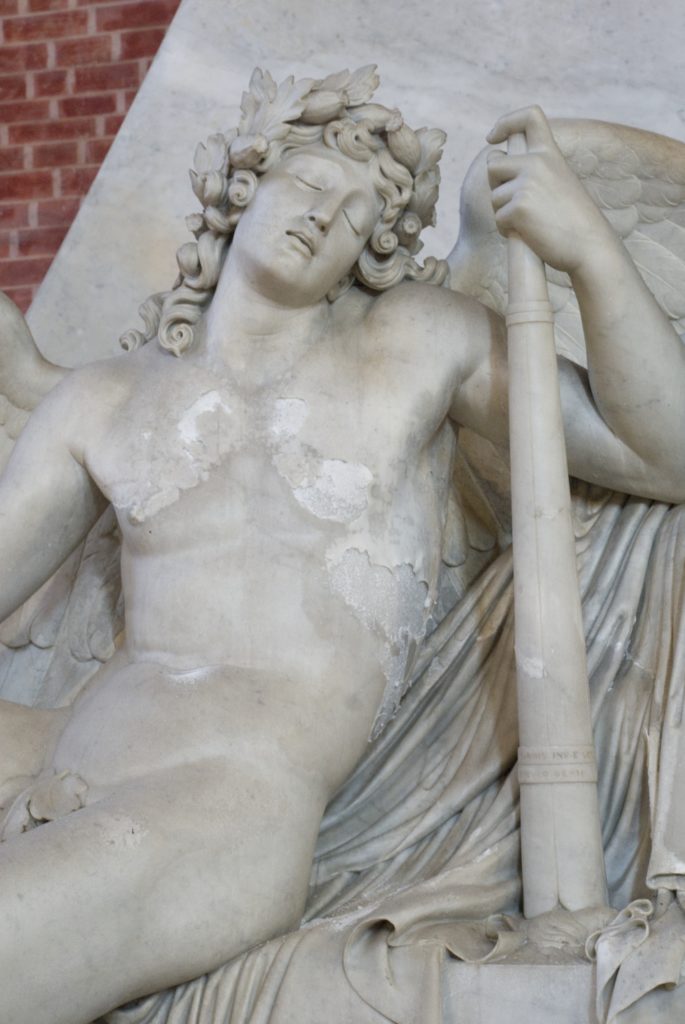 One of the Frari’s most arresting works of art is the huge pyramid of the Canova Monument which suffered from a number of different problems. These included the combination of effects of saltwater rising up from below the church, through the brick core into the marble, the suppression of the breathability of the marble due to the use of earlier barrier treatments applied to the surfaces, the oxidation of iron cramps which has caused staining and the shifting of the front of the monument.
Antonio Canova (1757–1822), was the son of a stone-carver from Possagno, in the foothills of the Dolomites. He studied in Venice and in 1780, aided by a scholarship from the Venetian senate, he moved to Rome, developing a new sculptural style, which combined classicism with a contemporary idealism and humanity. His fame among foreign visitors to Rome quickly gained him an international reputation and led to commissions from the Empress Catherine the Great of Russia, Napoleon Bonaparte, Italian, Austrian and British patrons.
After 1815 he played a key role as a cultural diplomat, negotiating for the return of many of the art treasures seized by Napoleon from the Vatican and elsewhere in Italy, including Venice’s famous bronze horses. Between commissions he was also consulted by the British for his opinion on the Elgin Marbles.
Despite his great successes he remained a modest, generous-hearted and idealistic individual who built a lofty neo-classical temple dedicated to the Holy Trinity, as a gift to his birthplace Possagno.
On his death the Accademia delle Belle Arti under the leadership of Leopoldo Cicognara gathered subscriptions from across Europe to erect a memorial to Canova – one which Canova himself had designed for the tomb of Titian but which had remained unexecuted.
The Architectural Historian, David Watkin provides some context for the monument: ‘This beautiful, moving, and alarming, celebration of death, commemorating the greatest classical artist of his day, can be seen appropriately as the realisation of the visionary neo-classical architects of the eighteenth century. These range from unexecuted projects such as the megalomaniac pyramidal cenotaphs of Boullée in the 1780s and Brongniart’s design for the cemetery of Père Lachaise in Paris of c.1812, to Schinkel’s design for the 1816 production in Berlin of Mozart’s The Magic Flute, where a pyramid rises from the light of the sun behind a giant shadowy statue of Osiris.’