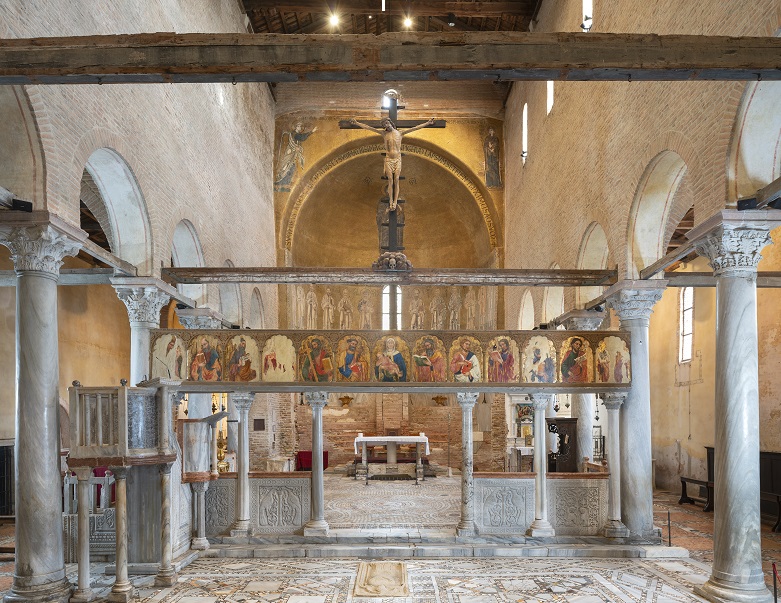 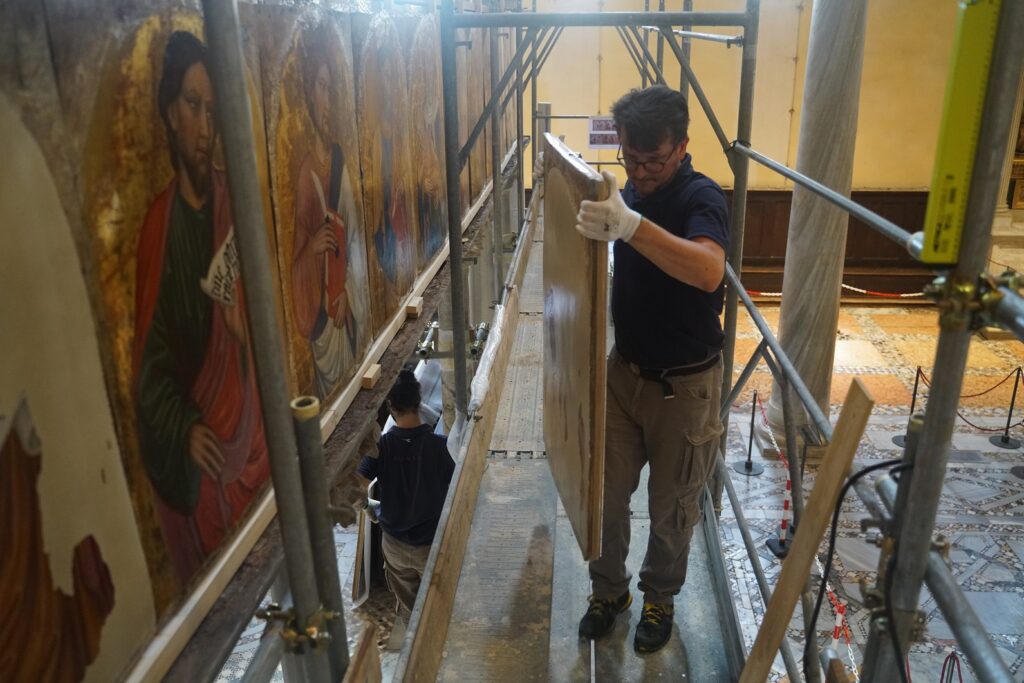 The cathedral of Torcello dates back to 639 and is famous for its Veneto-Byzantine interior and beautiful mosaics, which were the subject of an extensive earlier restoration project between 1977 and 1985.

However this did not include the iconostasis, the screen dividing the nave from the sanctuary, which by 2018 had severe structural issues and extensive paint losses to the panel paintings.

In memory of John Julius Norwich (1929-2018), much-loved Chairman of Venice in Peril, an appeal was launched in late 2018 in partnership with the American committee SAVE Venice. Thanks to a generous response from supporters and friends the target of £100,000 was reached by April 2019.

The earliest part of the Torcello iconostasis  consists of the marble closure slabs, carved with confronted peacocks and lions amongst foliate designs, which probably date to about 1100, and which show a clear debt to earlier Byzantine prototypes. These are of the first importance for the history of Venetian sculpture, illustrating the formal vocabulary that would dominate the relief sculpture of the city throughout the twelfth and thirteenth centuries.

The Torcello iconostasis has a superb painted image beam. Added probably around 1420-30, it has been convincingly attributed to Zanino di Pietro, one of the most accomplished Venetian painters of the first decades of the fifteenth century. Here, echoing the mosaic of the apse, are the Virgin and Child flanked by the twelve apostles, again paying homage to the dedication of the church. If the central figures give a clear indication of the quality of the painting – close to that of the more famous Gentile da Fabriano – those to the right and left have suffered from the effects of time and climate.