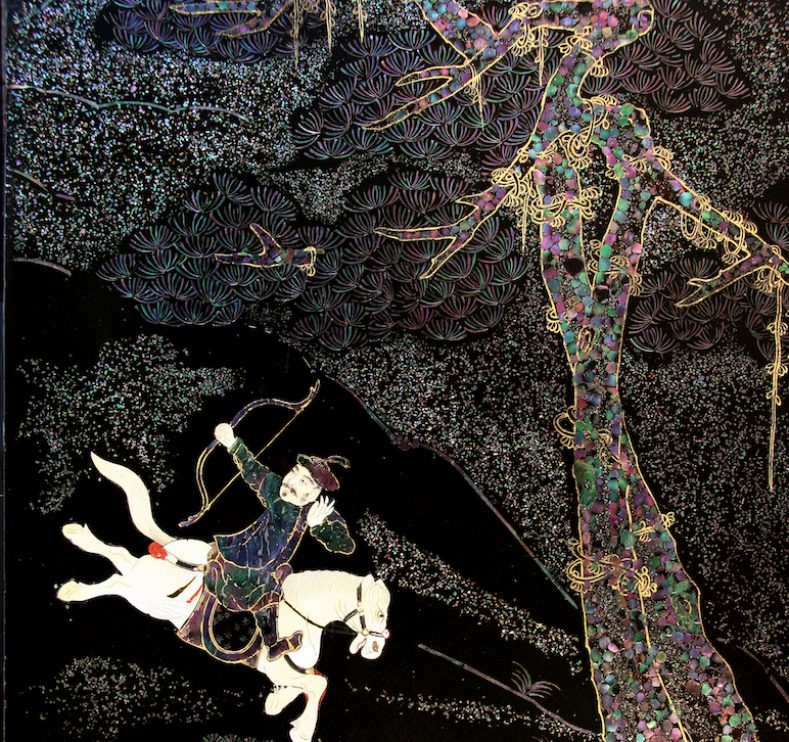 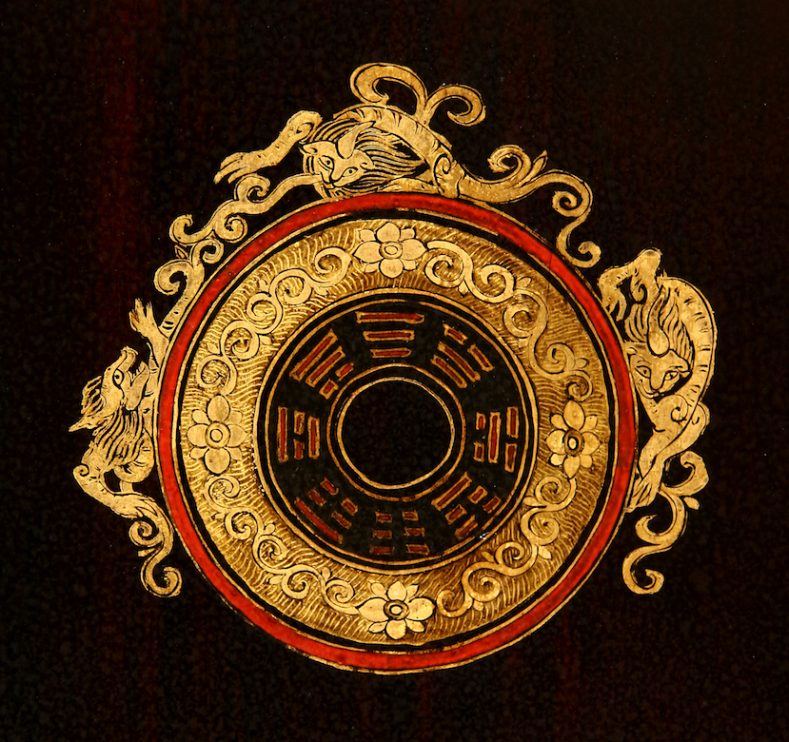 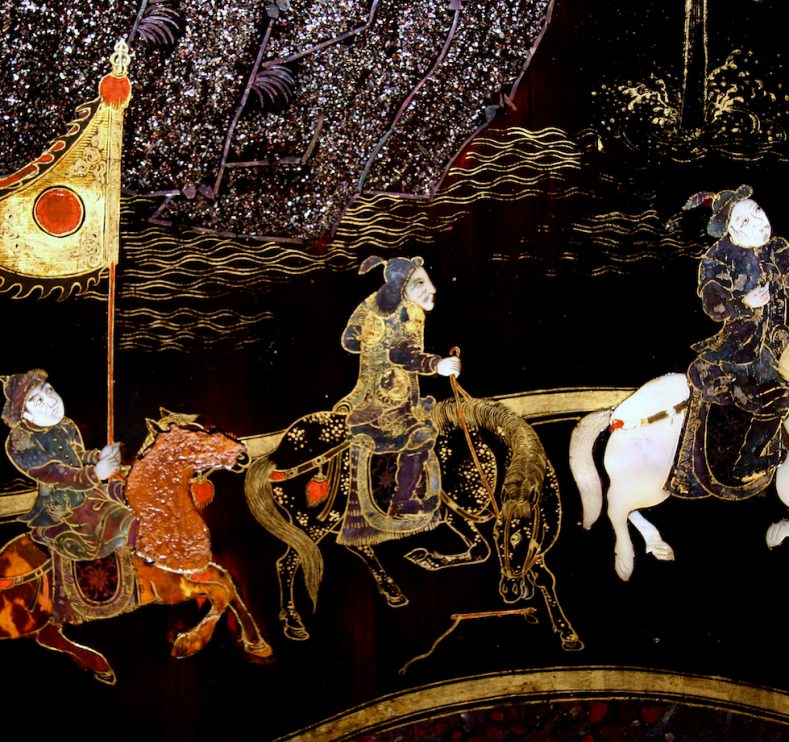 The Museo d’Arte Orientale in Venice was formed around the collection of Prince Enrico di Borbone, Count of Bardi, most of which he acquired during a 2-year tour of Indonesia, the Malay Peninsula, Indochina, China and Japan in 1887-89. It came close to being broken up by an Austrian antique dealer after his death but was saved for Italy after the First World War in compensation for war damages. It is one of the most important collections of oriental art Europe and is still displayed in its original cabinets and layout even though it was moved across the Grand Canal to its current site.

Although most of the collection was acquired by Prince Enrico, this Coromandel screen was already in the possession of the family. The twelve panels together depict a procession of mounted noblemen and others, some on horseback, some on foot, engaged in hunting animals and birds with various weapons, including slings, bows and arrows, guns, spears and a kind of bolas. The scene has a decorative border containing flowers and birds.

Each panel is made up of two planks of coniferous wood, fixed by bamboo dowels and prevented from buckling by two battens set into the back to a depth of about half the thickness (2 – 2.5 cm) of the planks. The 3 mm-thick black lacquer base is decorated with inlaid tortoiseshell and mother-of-pearl and applied gold and silver leaf and dust, with painted details.

The screen had been kept in storage for over 30 years while awaiting conservation treatment. There were three main problems, wear and tear, inappropriate cleaning at an earlier date, which had damaged the lacquer and resulted in widespread lifting of the inlays and, lastly, replacement of the original hinges with fleur-de-lys shaped substitutes, painted gold and crudely screwed to the panels.These caused the lacquer to crack and flake and exerted undue pressure on some panels.