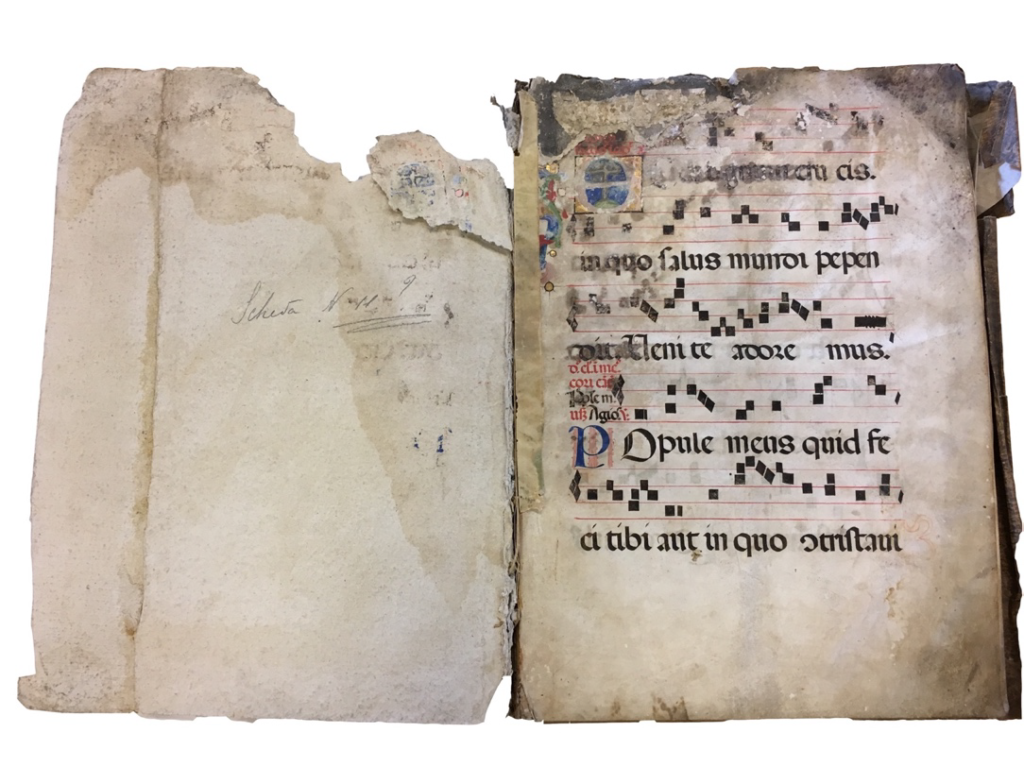 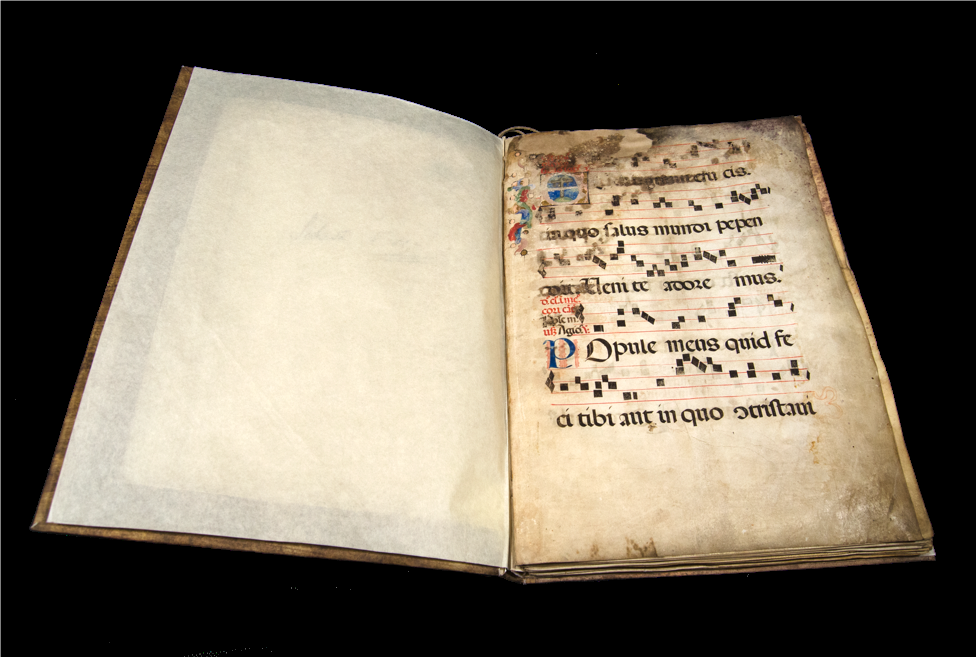 These two 14th century manuscripts containing mass settings were adopted by Venice in Peril Fund in 2016.  They originally came from the parish church of Sant’Angelo Raffaele and presented two different sets of problems for conservator Marta Filippini.

The Graduale, measuring 60 by 42cm is a large volume with leather covered wooden boards and brass studs. Having been stored horizontally because of its weight and size it was very dirty. Work was also needed to save one main illuminated page along with many other initials where pigment had flaked off. Elsewhere the use of iron gall ink for the notation of the chants had eaten through the parchment in many places.

The Kyriale had, over years, become so compacted at its upper edge that it could no longer be opened. Teaming up with the Istituto Centrale per il Restauro del Patrimonio Archivistico e Librario in Rome, Marta Filippini used an experimental treatment developed with Tor Vergata University to apply nanostructured organic consolidant developed for medical use, to restore  flexibility to the parchment. The successful outcome has meant that the manuscript pages can now be read and made accessible in a digitalised form to musicologists.