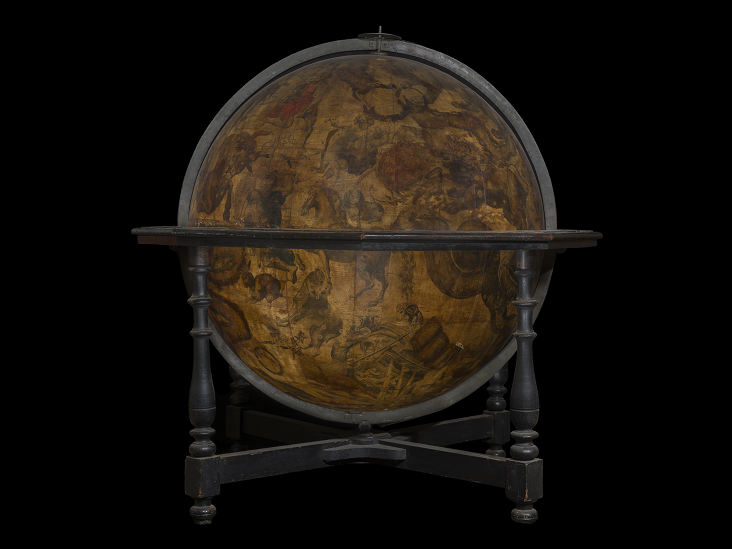 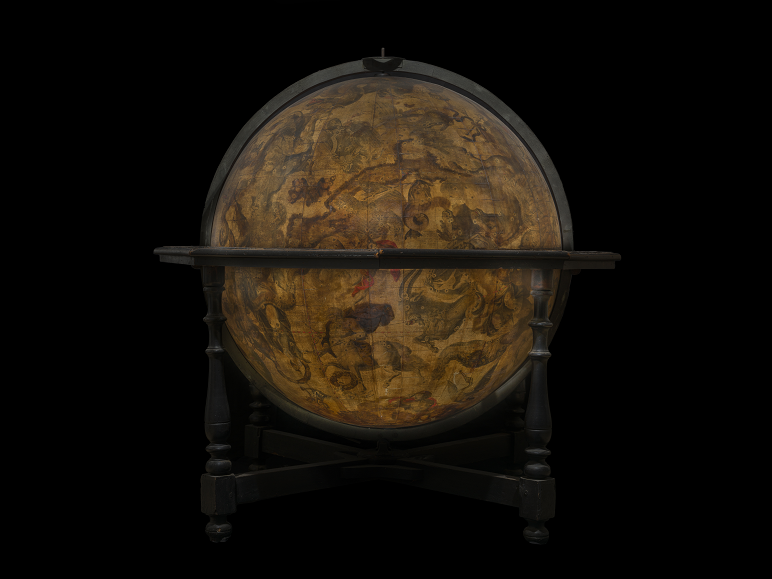 In the Museo Correr there are a number of historic globes including a pair, one terrrestrial, showing the earth and one celestial showing the constellations. They were made by Vincenzo Coronelli in his laboratory at the Frari as luxury items to furnish a library in 17th-century Venice.

Vincenzo Coronelli was a Franciscan who rose to become Vicar General of his order, but he was also a learned astronomer and cosmographer, a publisher and entrepreneur.  Born in 1650 he made his name building two 4 meter diameter globes for Louis XIV in Paris.  He worked with French court artists and cartographers and the globes can still be seen in the Bibliotheque Nationale in Paris.

On his return to Venice he planned a smaller edition globe of 108cm for sale and sought funding for the enterprise. He commissioned his former French colleague Jean-Baptiste Nolin to engrave reductions of the King’s globes for his Venetian editions.  It was a costly and complex enterprise as he attempted to keep up with the rapid pace of scientific knowledge and his career ultimately ended in ignominy with the many plates of his publications  sold off for scrap.

The terrestrial pair to this celestial globe was restored by BancaIntesa in 2021 as part of its Restituzioni programme. Venice in Peril’s project will mean that they can both be returned to the Museo Correr for public display. Following conservation it will be easier to read the globes and enjoy the mass of information they present – perhaps Coronelli’s greatest achievement. This project offers opportunities to understand how these objects were made and a glimpse of the state of knowledge and 17th century curiosity about the terrestrial and celestial worlds.