Madonna with Child and Saints by Palma Vecchio, church of San Zaccaria 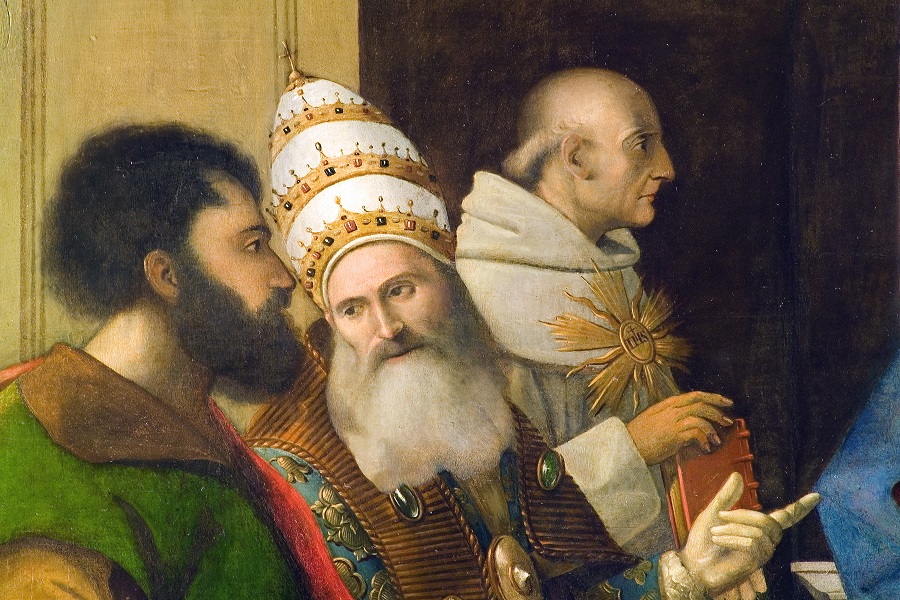 The large altarpiece of ‘Madonna and Child with Saints’ in the Chapel of San Atanasio in San Zaccaria was only donated to the church in 1810 to replace a Giovanni Bellini which had been requisitioned by Napoleon and sent to Paris.

Before it could be installed on the vacant altar, the painting was enlarged, extenisvely retouched and repainted by Antonio Florian adapting the originally rectangular painting to the size and arched shape of the altar frame.

In 2006-07 the conservation of the painting was financed by Venice in Peril with a donation from Martin Randall Travel. The work was carried out in two stages.  Firstly the consolidation, cleaning and retouching of the painted surface followed by the difficult operation of retensioning the wooden panels by replacing heavy vertical battens with a more flexible system of support.